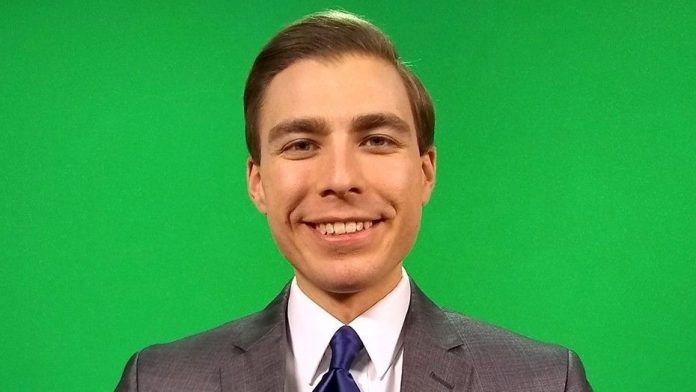 Meteorologist Drew Anderson said he is planning to run for Congress in Pennsylvania.

A former local TV weatherman who legally changed his name to “Meteorologist Drew Anderson” last year said there is a large chance he will run for Congress in Pennsylvania.

Anderson, 29, a Penn State alumnus has reported on the weather for NBC affiliate WGAL-TV and Fox affiliate WPMT-TV in central Pennsylvania but decided to quit his gig to focus on his campaign.

Anderson told Lancaster Online he hoped to get 1,000 signatures by March 20 in order to secure a spot on the Republican ticket before the May 15 primary. Anderson will join Bill Neff, a locksmith, who is also looking to challenge U.S. Rep. Lloyd Smucker, who is seeking a second term.

Anderson told Lancaster Online he was running because, “We need more real people in Washington.”

He also said he wants to be the “loudest and biggest voice for science in Washington.”

Anderson vowed if he does get the needed signatures that he will run on the ballot as “Meteorologist Drew Anderson.”

Whoever is the winner of the Republican primary will most likely face Jess King, a Democrat candidate and nonprofit director.