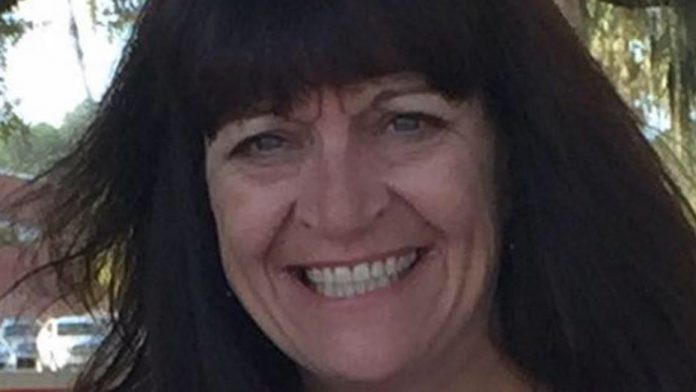 A man in Florida accused of killing his mother reportedly carried out the gruesome act with an ax.

Adam Farney, 27, allegedly killed his mother, Lori Farney, 52, with an ax on Monday night, before going after his sister Autumn, 23, the Orlando Sentinel reported.

Autumn reportedly told the Orange County Sheriff’s Office that she heard her mother scream, “Adam, no” from the back porch.

When she heard the commotion, she went outside and saw Adam holding what she believed was an ax, the police report allegedly stated.

Autumn asked her brother what was going on, to which he responded by attacking her with a knife, according to police. She was stabbed in the collarbone before Adam tried to strangle her, police added.

It was then, according to reports, that Adam dragged his sister to the pool to attempt to drown her while she swung a knife around at him.

Autumn escaped to a neighbor’s house to call authorities just before 11 p.m., while Adam barricaded himself inside their house, the Sentinel reported.

A neighbor, Denton Smith, told WKMG that after the incident, he and Autumn went back to the house to find Adam smoking a cigarette, surrounded by blood.

POSTAL WORKER SHOT IN THE HEAD, KILLED OUTSIDE ATLANTA

“He did not give us any explanation as to what caused this; what precipitated this,” a spokesperson from the sheriff’s office told WKMG regarding Adam.

Adam doesn’t have a criminal record, but has a history of mental illness, according to WKMG. In October, he told police that the layout of Britney Spears’ YouTube videos were organized in order to reveal his address, the station reported, citing police records.