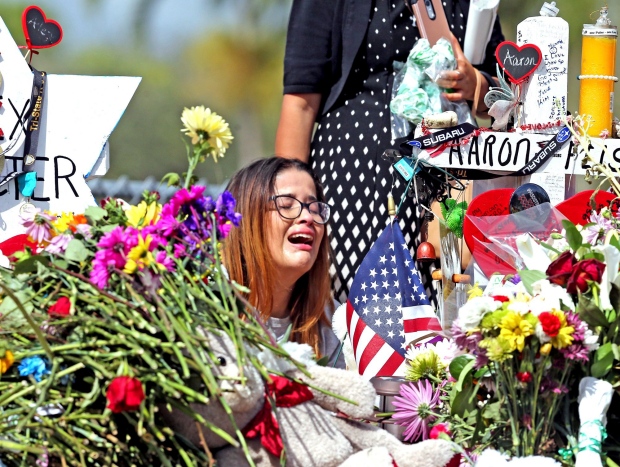 Florida Gov. Rick Scott on Friday signed into law a bill from the legislature that raises the legal age for buying rifles, imposes a three-day waiting period on all gun sales and allows the arming of some school employees.

The Marjory Stoneman Douglas High School Public Safety Act is named after the school in Parkland, Fla., where a gunman with a semiautomatic assault-style rifle killed 17 students and faculty on Feb. 14.

“Today should serve as an example to the entire country that government can and must move fast,” Scott, a Republican, said in remarks before the signing, surrounded by survivors from the shooting and their families.

He said the bill was a compromise balancing concerns of both gun-control and gun-rights advocates.

Student survivors from the Parkland shooting had advocated for some of the new restrictions passed by the legislature, over the objections of the National Rifle Association, the powerful gun lobbying organization.

But the legislature decided against including one of their chief demands: a ban on semiautomatic assault-style rifles of the kind used to kill their classmates.

Among the most scrutinized measures of the new law is a program allowing school staff to be trained and armed to defend against future shootings.

The bill was passed by the legislature after language was included exempting most teachers from taking part in part to earn the support of Democrats and Scott, who said he was opposed to arming teachers.

Scott said he was still not persuaded by the measure but would sign the bill all the same.

“I am glad, however, that the plan in this bill is not mandatory, which means it will be up to locally elected officials,” Scott said. “If counties don’t want to do this, they can simply say no.”