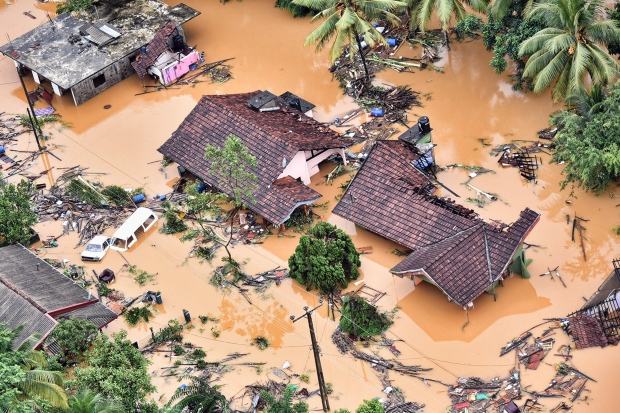 Floods and torrents of mud unleashed by heavy rains in Sri Lanka killed 91 people and left 110 others missing Friday. Authorities appealed for international help for rescue and relief operations.

The Disaster Management Center said 2,040 people were evacuated to safer locations and more than 61,000 were affected by the rain that started early Friday.

The foreign ministry appealed for assistance from the United Nations and from other countries.

The government advised people living near swollen rivers and hilly slopes prone to landslides to evacuate the area, as heavy rains were expected to continue. Navy boats and air force helicopters were deployed to rescue marooned victims and provide emergency relief.

A handout photo made available by the Air Force Media division shows an aerial image of a flooded area at Kaluthara, Sri Lanka, on Friday. (Sri Lanka Air Force/EPA) 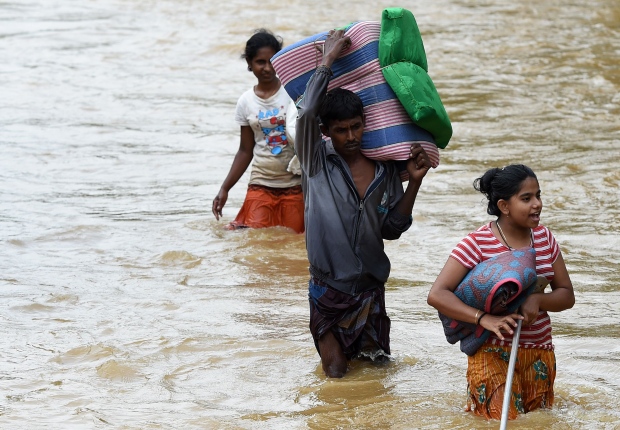 People were forced to carry their belongings out of the floodwaters. (Ishara S. Kodikara/AFP/Getty Images)

Deputy Minister for Disaster Management Dunesh Kankanda said many people were on roofs and treetops calling for help.

Many homes and roads were inundated. Schools were closed in the province of Sabaragamuwa, about 90 kilometres east of Colombo.

Aid groups, rescuers and other government workers were ordered to cancel any holidays and remain on alert for the next three days.

Mudslides have become common during the monsoon season in the tropical Indian Ocean island as land has been heavily deforested to grow export crops such as tea and rubber.

Last May, a massive landslide killed more than 100 people in central Sri Lanka. 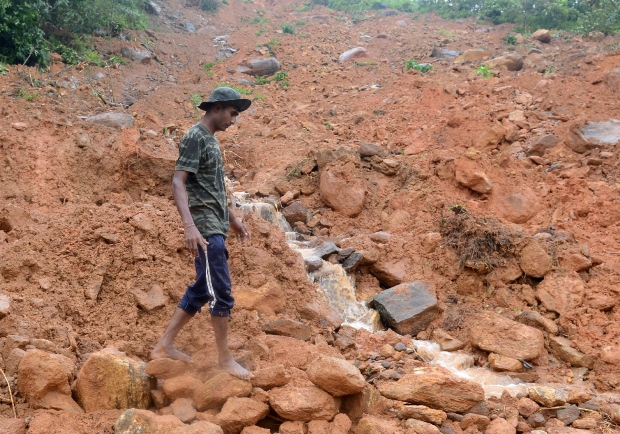 A man walks at the site of a mudslide in Bellana village in Kalutara. (Lakruwan Wanniarachchi/AFP/Getty Images) 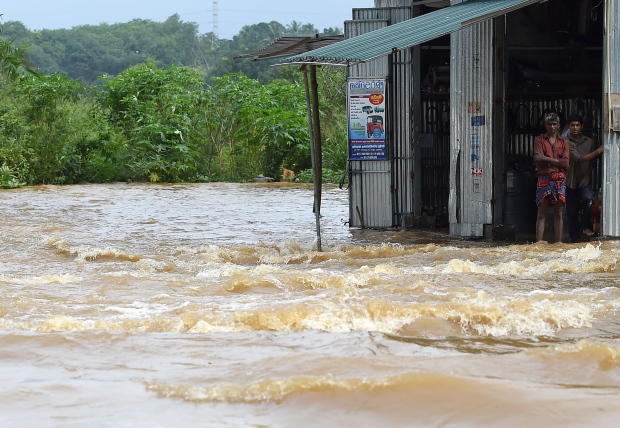 Sri Lankan residents stand in the doorway of a building surrounded by floodwaters in the suburb of Kaduwela in the capital Colombo. (Ishara S. Kodikara/AFP/Getty Images) 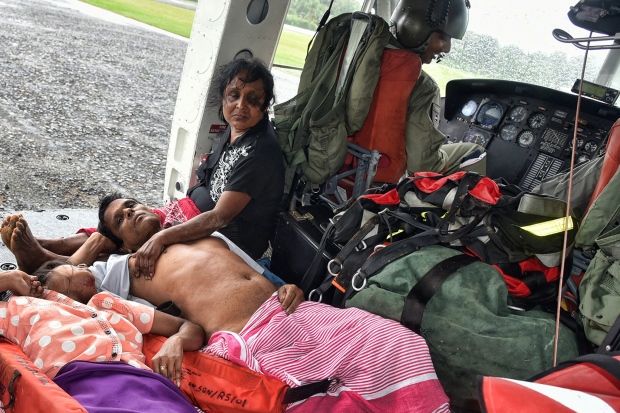