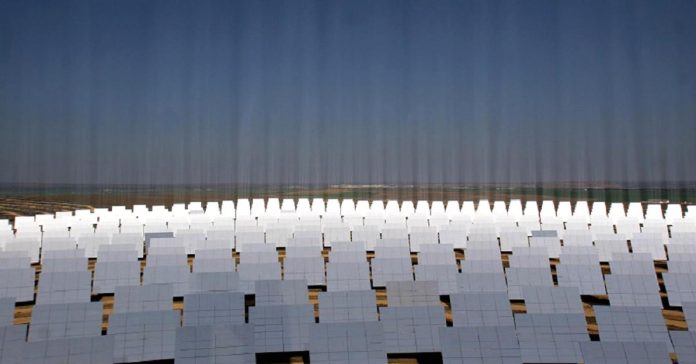 It may seem counterintuitive, but water plays a crucial role in the production of solar power. Large scale technologies — parabolic troughs and power towers — require water to produce electricity both cost-effectively and efficiently, according to the Solar Energy Industries Association (SEIA).

Solar technologies need water to clean surfaces such as mirrors, panels, dishes and troughs, according to the SEIA, using around 20 gallons per megawatt hour.

A large-scale facility that sits on 360 acres, the Nevada Solar One plant uses 850 gallons of water per megawatt hour, the SEIA states. This works out at around 300,000 gallons per acre annually.