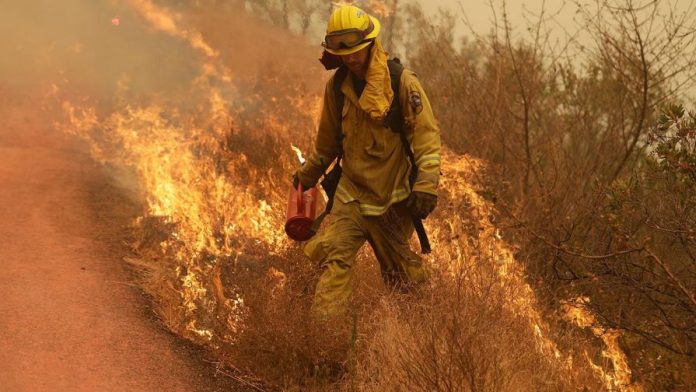 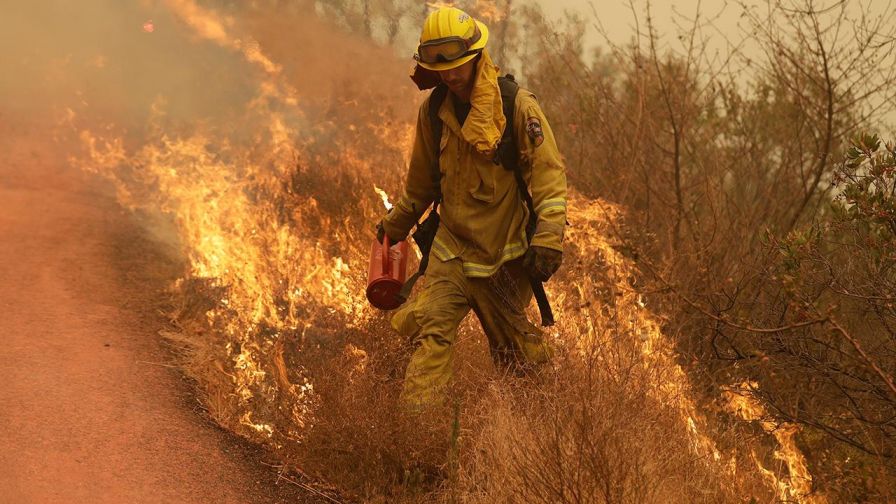 Fire officials said they’re starting to make some progress in containing the wildfires that have ravaged Northern California since Sunday and killed at least 35 people.

An estimated 90,000 people were driven from their homes as flames ripped through cities and neighborhoods, destroying at least 5,700 homes and businesses.

More than 9,000 firefighters are battling the remaining 17 wildfires, but more manpower and equipment brought into the state is allowing workers to begin picking through the rubble and ash.

“The emergency is not over, and we continue to work at it, but we are seeing some great progress,” said Mark Ghilarducci, the state’s emergency operations director.

Investigators said it could be weeks before they can determine what caused the initial fires, saying the process is very “technical and painstaking,” according to Ken Pimlott, chief of the California Department of Forestry and Fire Protection.

And due to the high level of damage that occurred, much of the evidence they would typically use has been burned beyond use, forcing them to look for other clues.

But investigators are considering the possibility that at least some of the fires were started by power lines brought down during fierce gusts of wind.

Authorities have said that some victims were so badly burned they were identified only by metal surgical implants found in the ashes that have ID numbers on them.

Taken together, the various fires comprise the worst that the state has ever endured.

Two of the largest fires in Napa and Sonoma counties were at least 25 percent contained by Friday, which marked “significant progress,” Pimlott said. But he cautioned that crews would face more gusty winds, low humidity and higher temperatures. Those conditions were expected to take hold later Friday and carry through into the weekend.

As the fires raged, many people were still searching for lost loved ones, with hundreds of people still reported missing, and picking through the ashes of their homes, both mentally and physically exhausted by the trauma of the past week.

“It wears you out,” Kristin Belair said. Belair is a winemaker who was driving back from Lake Tahoe to her as-yet-undamaged home in Napa. “Anybody who’s been in a natural disaster can tell you that it goes on and on. I think you just kind of do hour by hour almost,” she said.

Air quality conditions have also continued to decrease, with many people in the areas starting to wear face masks.