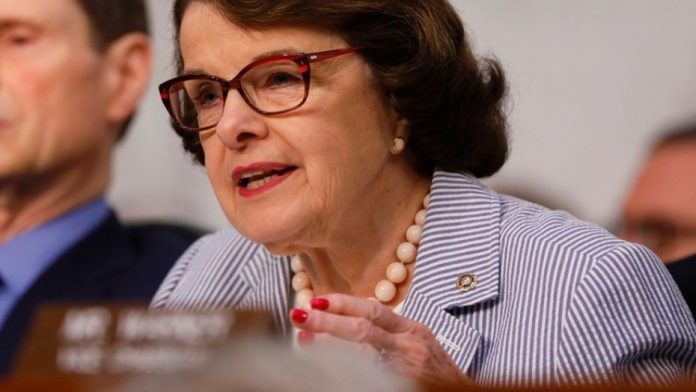 California Democratic Sen. Dianne Feinstein said no laws could have prevented the Las Vegas massacre last week that took the lives of 58 people and injured more than 500.

Stephen Paddock used the device in a shooting spree to kill 58 and injure more than 500.

But the senior senator said twice on Sunday that no gun control legislation would have stopped the mass shooting.

“No,” said Feinstein in reply to a question if there could “have been any law passed that would’ve stopped” the shooting. “He passed background checks registering for handguns and other weapons on multiple occasions,” she told CBS “Face the Nation” host John Dickerson.

The Senator echoed the comment on another program the same day – clearing any confusion whether she misspoke, saying that she is not sure if any gun laws could have prevented the disaster.

“I don’t know. I would have to take a good look at that and really study it. I’m not sure there is any set of laws that could have prevented it,” she said.

Feinstein is promoting  legislation aimed at outlawing bump stocks – and accessory that was used the Las Vegas shooter to increase the fire rate.

She “appreciated” the NRA’s “step forward” after it came out and pressed the government to review regulations of bump stocks, but said a law banning the device must be passed by Congress.

“Regulations aren’t going to do it. We need a law,” she said. “It can’t be changed by another president. Right now we’re seeing one president change actions of a – of a president that came before him, and that would happen in this area.”

Feinstein also said she had some “interest” from the Congressional Republicans to work on the legislation banning bump stocks, but did not provide any names.

“We have Republican interest. I have nobody lined up, we have 38 cosponsors, they’re all Democratic,” she said. “We’ve had individuals that have indicated an interest and particularly for a hearing.”