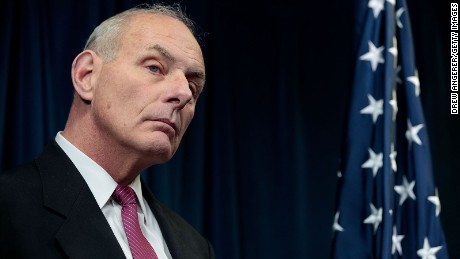 The hearing conducted by telephone contains high drama, as one of Trump’s signature policies is challenged by two states and backed by numerous advocacy groups. Trump has also repeatedly attacked the federal judge who blocked the ruling last Friday.

The Trump administration says the courts have improperly inserted itself into the national security sphere.

“This is a traditional national security judgment that is assigned to the political branches and the President,” August Flentje, special counsel to the assistant attorney general at the Justice Department, told the panel.

Flentje faced skeptical questioning from the judges, who pressed the DOJ lawyer about what evidence the government is presenting that the travel ban is necessary.

Judge Michelle T. Friedland out of the gate asked if the government could point to any evidence “connecting these countries with terrorism.”

And Judge Richard R. Clifton seemed sympathetic to the fact that the states have the standing, or ability, to bring the suit against the administration.

Clifton called the government’s argument “abstract,” noting there are existing procedures to vet individuals for visas.

Friday, Judge James Robart of the US District Court for the Western District of Washington suspended key parts of the executive order nationwide Friday, clearing the way for resumed travel from the seven countries. The executive order bars citizens of Iraq, Syria, Iran, Libya, Somalia, Sudan and Yemen from entering the US for 90 days, all refugees for 120 days and indefinitely halts refugees from Syria.

In response, Trump fired off two tweets in response attacking the judge. In one he referred to Robart as a “so called” judge. In another, he said, “Just cannot believe a judge would put our country in such peril. If something happens blame him and court system. People pouring in. Bad!”

Tuesday’s hearing is only on the question of the injunction, not on the constitutionality of the executive order. A ruling is expected later this week, according to the court.

And no matter what its ruling here, the loser is likely to appeal to a larger panel of judges on the Ninth Circuit or go straight to the Supreme Court.

Three judges of the Ninth Circuit Court of Appeals — two appointed by Democratic presidents, one by a Republican — are conducting the hearing by telephone.

Solicitor General Noah Purcell will present the arguments of two states, Washington and Minnesota, and urge the court to leave the injunction in place. In court papers Purcell has argued that the executive order “unleashed chaos” when it was signed January 27.

The Justice Department says Trump’s order “is a lawful exercise of the President’s authority over the entry of aliens into the United States and the admission of refugees.” August Flentje, special counsel to the assistant attorney general at the Justice Department, will argue for the government.

The Ninth Circuit has a reputation as one of the most liberal in the nation to the point where some Republican lawmakers have even pushed to split it up in an effort to limit its impact.

Kari Hong, an assistant professor at Boston College Law School, said Tuesday’s hearing is likely to be more technical in nature than philosophical.

“The Ninth Circuit is often called a liberal court, but the issues they have to figure out today are dry and technical ones relating to standards of review and the deference owed to the lower court,” Hong said. “Those issues will be resolved without regard to political preferences.”