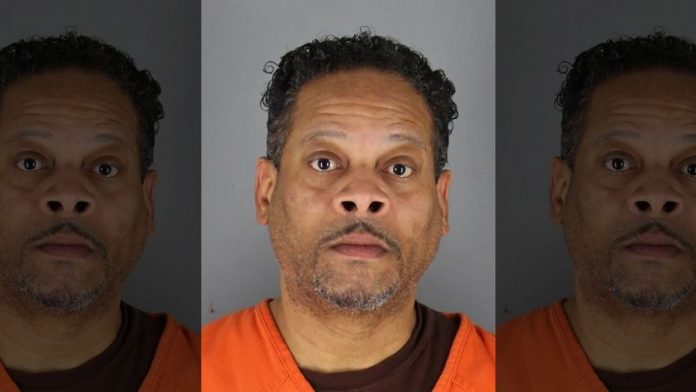 A Minneapolis father was arrested this week on slew of charges for the alleged rape, starvation and beating of his twin daughters – one of whom he twice impregnated – over the course of several years, authorities said.

Curry allegedly fathered two children with one of the twins. The babies were born in June 2014 and October 2017, the Pioneer Press reported, citing a protective order.

One of the twins detailed the abuse at the hands of her father in the protective order. She said Curry had chained her to a door for as long as she could remember, and denied her food.

“I don’t remember having enough food,” she wrote. “He forced me to have sex, (and) he has done this to me every day since I was (in my) early teens or so … He did this to my sister also.”

After being rescued, the woman was found to have a “largely detached” ear and scars on her forehead, scalp and back, endured from a bat and a paddle at the hands of Curry.

One of the women said Curry chained her while naked, forcing her to lie in pools of her own feces and urine. The chains were apparently so tight, she almost lost both legs to gangrene, a protective order detailed.

According to a criminal complaint, DNA samples of Curry and the twice-impregnated woman, confirm he is the father of the two children.

Curry reportedly abused another woman living with them as well, the protective order said. One of the women said he hit her so hard with a paddle that it broke. Police are trying to locate the mother, whom Curry said he hasn’t seen for a month. It was unclear if the woman is the twins’ mother.

Curry regularly threatened to kill the twins and dump them in the trash, one of the women said. Her twin sister reportedly managed to escape in May of last year and call the police.

According to the Star Tribune, authorities needed “sufficient evidence,” before they could charge Curry. A Hennepin County judge granted twice-impregnated twin a protective order last June.

Curry surrendered to authorities Wednesday was booked into Hennepin County jail on a $750,000 bail.