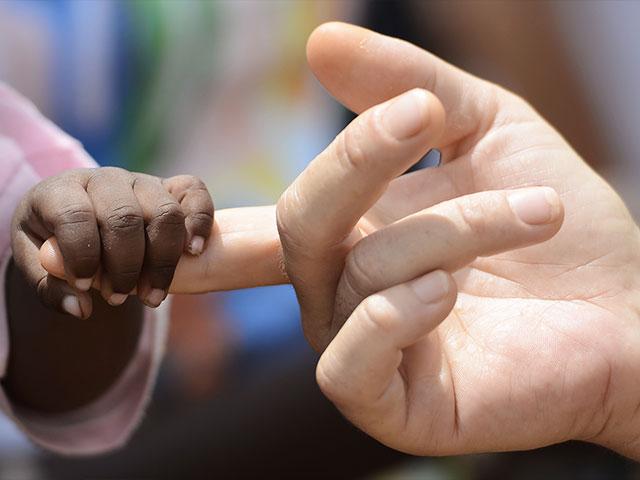 Many Christian adoption agencies have a policy that prohibits placing children with same-sex couples or families that reject Christian teachings.

But they’re getting push back from gay-rights advocates and the American Civil Liberties Union.

In Michigan, a same-sex couple, represented by the ACLU, is suing the state’s Department of Health and Human Services, seeking to prevent St. Vincent Catholic Charities and other faith-based groups from partnering with the state in providing foster care and adoption services because of their religious beliefs.

CBN News has reported on this story.

In Oklahoma faith-based adoption groups are supporting Senate Bill 1140, which protects their agencies right to refuse to place children with parents who do not meet their religious or moral standards.

The Baptist General Convention of Oklahoma posted on Facebook, “In other states, such as Massachusetts, threats to the religious liberty of faith-based adoption agencies ultimately led to their closure.  Don’t let that happen here in Oklahoma!  Stand with Christian leaders…”

And in South Carolina, Gov. Henry McCMaster recently issued an executive order that will enable a Christian adoption agency to retain its foster care program.

DSS threatened to revoke the license of the non-profit if it did not open its foster care program to all families, regardless of faith.

Alabama, South Dakota, and Texas are three of seven states that have laws protecting religious adoption agencies from such action.

The Becket Fund for Religious Liberty, a non-profit legal firm that defends religious freedoms, is representing St. Vincent’s, and says children are at risk.

“A lot of different kids’ foster families would lose based on petty lawsuits,” said Becket attorney Stephanie Barclay in an interview with CBN News.  “The government can’t find enough families to care for kids on its own, that’s why they rely on agencies like St. Vincent’s.  Last year they recruited more than 90 percent of new families. They also placed special needs kids and supported foster families so they can adopt. That would be taken away. That’s just an example of the harm of what’s at stake.”

Barclay went on to say the ACLU’s claims that St. Vincent denies good homes to kids is false. People who have benefited from the agency’s services told a judge about the difference it made in their lives.

“Agencies like St. Vincent find homes for children who were once like me — neglected and abused. I would not have a family or a future if it weren’t for St. Vincent,” said Shamber Flore, a former foster child who found her adoptive family through St. Vincent, in a statement from Becket.

“We couldn’t have adopted without the support of St. Vincent,” said Melissa Buck, a mother of five special needs children adopted through St. Vincent. “And we continue to rely on vital support services St. Vincent provides to this day. If these programs were closed down, it would really hurt our family.”

Barclay explained, “ACLU is claiming that St. Vincent should not be allowed to provide service solely based on religious beliefs about marriage, but those religious beliefs have never blocked kids from finding homes.”

She says the case in Michigan could have a far reaching effect on adoption agencies across the country.

“If the suit is successful it will have a devastating impact not just for kids in Michigan,” said Barclay.  “That’s not helpful for kids or families anywhere.”

“The real casualties of the ACLU’s lawsuit are the kids,” she said.

A decision on whether foster families and former foster kids will be able to defend their rights alongside St. Vincent is expected by the end of April.