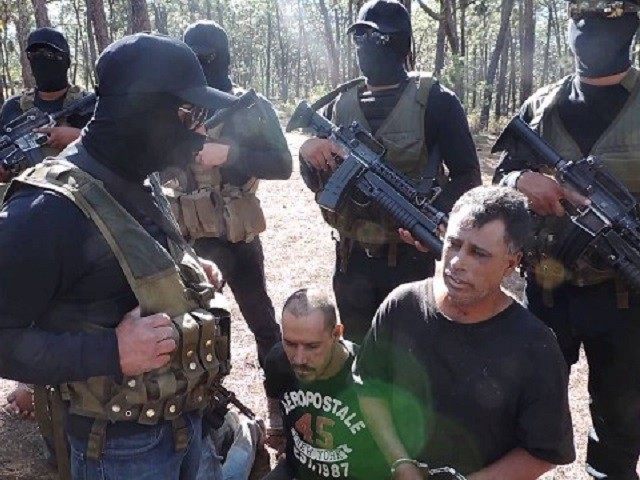 LUBBOCK, Texas — U.S. Senator Ted Cruz suggested that the U.S. military should be used against Mexican transnational criminal groups (cartels). The statements were made during a one-on-one interview with the senator at the end of May at the Bayer Museum of Agriculture in Lubbock, Texas. The senator made clear that he was not suggesting unilateral U.S. military action in Mexico, but rather a cooperative effort, as seen in Colombia.

The portion of the interview pertaining to Mexican cartels follows.

BRANDON DARBY: One of the things that’s very interesting about Texas on the border, as you know, there’s nine sectors on the Southwest Border, five of which are in Texas. Part of the problem that we have in Texas is that two of the most brutal criminal groups south of the border, which actually operate north of the border as well, as you know, are Los Zetas and the Gulf Cartel. But unlike most of the other criminal organizations in Mexico along our border, which would be Sinaloa, Juarez Cartel, Tijuana Cartel. Los Zetas and the Gulf Cartel are extremely brutal. In fact, the videos they release resemble ISIS videos. We try to challenge them as much as possible, but what more could the U.S. do? There’s talk of declaring certain factions as foreign terror organizations so you could appropriately go after the money and the politicians. Again, Tamaulipas, a state below Texas, the last two governors are fugitives from U.S. justice for being surrogates of the Gulf Cartel. Several of the governors in Coahuila are now in trouble because they were Los Zetas. What more could the U.S. do to to challenge Mexican transnational criminal groups who operate in our country, who kill our kids? What could we do to challenge them?

SEN. TED CRUZ: We could do a great deal more. What has happened in the last decade with Mexican drug cartels has been nothing short of tragic. Mexico is a great and wonderful country. The Mexican people are wonderful people. Growing up in Texas, we spent a great deal of time in Mexico. Most Texans have long and deep commitments to Mexico. Whether family ties, or business ties, or cultural ties. Where Texans vacation in Mexico. Mexicans vacation in Texas.

In the past decade, we have seen the control and reign of terror of the cartels wreak enormous damage to the nation of Mexico. Where ordinary citizens are terrified for their lives. Where crime and kidnapping becomes almost routine and the corruption that goes hand and hand with billions of dollars of illegal narcotic trafficking resources combined with vicious violent transnational criminal cartels has done enormous damage to Mexico and enormous damage to America.

What can we do about it? One of the things I think we should explore very seriously is something along the lines of what we did in Colombia: Plan Colombia. Where President George W. Bush worked with President Uribe to target the cartels and take them out. It was treated less as a law enforcement matter than as a military matter. Where our military went into Colombia and helped destroy the cartels.

It did so on the invitation of the Colombian government. Look, we should not engage in a military action in Mexico without the active cooperation of the duly elected government there.

DARBY: I’m going to interrupt you and I apologize for doing so. How do, this is the issue with Mexico: Mexico’s ruling political party, the PRI, is in fact largely funded by transnational criminal organizations. The current Mexican president, Peña Nieto, and I don’t expect you to respond to it. I’m saying. He was largely put into office by money from the Juarez Cartel. The line between Mexican cartel and Mexican political leader on the highest levels is so fine, if even maybe nonexistent. How do you do that in a country where there’s so much public corruption?

CRUZ: It’s an enormous challenge and rule of law in Mexico is profoundly imperiled. Where the justice system doesn’t operate. Where far too many of the police and the prosecutors and the judges are corrupt. Where cartel enforcers, even if they are apprehended, are released within hours. It creates an environment that makes it profoundly difficult for government leaders to take on the corruption. We need American leadership to try to work to find Mexican government officials willing to do so and we need to use the tools we have in our country to secure the borders and shut down the trafficking. Shut down the narcotics trafficking, the human trafficking. And do everything we can to protect the American citizenry from the enormous damage being inflicted by the cartels.

Brandon Darby is managing director and editor-in-chief of Breitbart Texas. He co-founded the Cartel Chronicles project with Ildefonso Ortiz and Stephen K. Bannon. Follow him on Twitter and Facebook. He can be contacted at bdarby@breitbart.com.