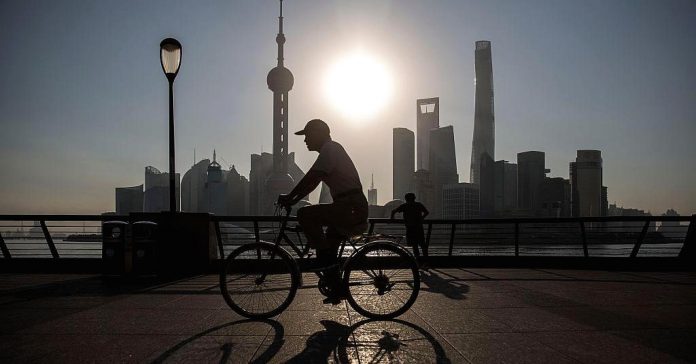 Treasury Secretary Steve Mnuchin sought to blunt any criticism from Beijing that the sanctions were meant as payback for not helping more on North Korea.

“We are in no way targeting China with these actions,” Mnuchin told reporters in a prepared statement. “We are committed to targeting North Korea’s external enablers and maximizing economic pressure on the regime until it ceases its nuclear and ballistic missile programs.”

Mnuchin said top U.S. officials will be meeting with China and other countries at the G-20 summit next week in Hamburg, Germany “to further our efforts to cut off North Korea’s illicit activities.”

“Trump had, I believe a naive view of what President Xi Jinping had agreed to at the Mar-a-Lago summit,” said Klingner.

The Obama administration never charged the Bank of Dandong but the U.S. Justice Department complaint against DHID, which specializes in trade with North Korea, revealed the trading firm had funds in the Chinese bank.

The Trump administration’s action against Bank of Dandong is similar to steps the U.S. government took more than a decade ago against a Chinese bank over North Korea.

Back in 2005, the U.S. took action against China’s Banco Delta Asia, which at the time had branches in Macau, as a “primary money-laundering concern” under the USA Patriot Act. At the time, the U.S. had called the bank “a willing pawn for the North Korean government to engage in corrupt financial activities through Macau.”

Even so, the action was essentially reversed a few years later by then-President George W. Bush as one of the steps to restart the six-party talks with negotiators from North Korea, China, Japan, Russia, South Korea and the U.S. The release of the funds was a precondition made in April 2006 by Pyongyang, which later that year would conduct a nuclear test in a sign of defiance to the world.