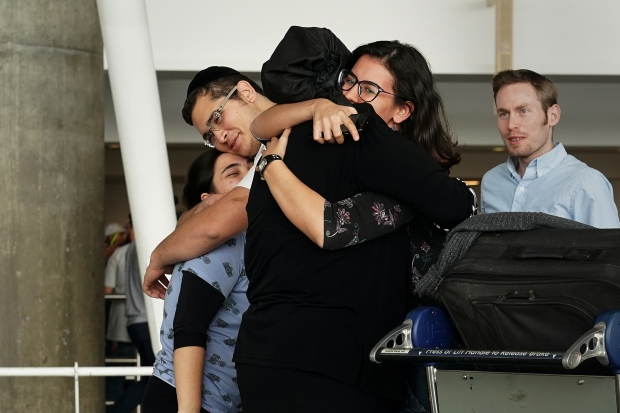 When Alireza and his partner learned this week that the U.S. travel had been partially restored, their hopes were dashed yet again.

Alireza is a gay refugee from Iran. His partner is from India. Like many LGBT refugees, the couple has been stuck in limbo in Turkey for years, unable to legally work while they wait to be resettled.

“Sometimes we give ourselves hope that, OK, this time the refugee ban is going to stop, at least they are going to process, but it’s not happening,” he told As It Happens guest host Laura Lynch.

“Every time … some news comes about the travel ban, everything resets —120 days, 120 days. This is not temporary. It is permanent.”

Alireza first left his home country in 2011. In Iran, homosexuality is punishable by death. At his request, As It Happens is not using his last name.

People hug after arriving in advance of the incoming travel ban to the U.S. at John F. Kennedy airport in the Queens borough of New York City on Thursday. (Carlo Allegri/Reuters)

So he fled — first to India to be with his partner and then they travelled to Turkey together in the hopes of claiming asylum in a western country.

The United Nation’s refugee agency sent them to a conservative city in south-west Turkey, where they began the lengthy process of being applying for resettlement to the United States some 2 1/2 years ago.

They were making progress until U.S. President Donald Trump’s unveiled his travel ban in January, which brought the country’s refugee program to a screeching halt.

Since then, the ban has faced numerous court challenges and delays, only to be temporarily restored by the U.S. Supreme Court, once again leaving Alireza  and his partner stranded.

The newest version of the ban came into effect Thursday evening.

Meanwhile, life in Turkey is hardly better than it was back home.

“The society is becoming more Islamic and homophobic towards the gays and gay community, especially the refugees and LGBT refugees,”  Alireza said.

People are followed, harassed and attacked. Suicide among LGBT refugees is rampant, he said, because people have lost all hope.

“We are not even aloud to leave our cities. They don’t give us even permission. We are just prisoners here. We are not allowed to work here.” 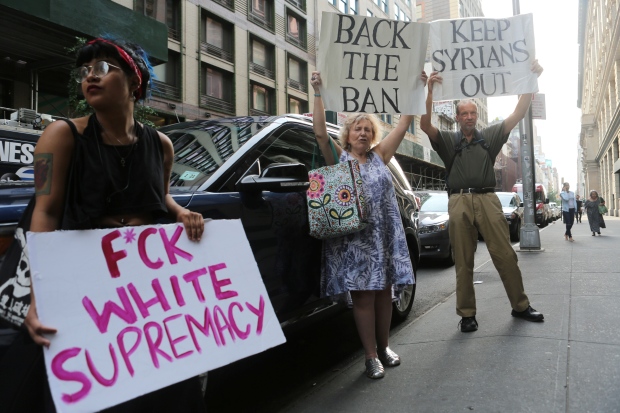 New York City protesters rally for and against the travel ban. (Joe Penney/Reuters)

While many refugees in Turkey are able to find odd jobs under the table, it’s harder for LGBT folks.

“The people are so Islamic and homophobic that, if they understand, they realize that we are homosexuals, they will not let us even work for them because they consider the money earned from our work will be ill-gotten or not clean,” he said.

Alireza’s landlord kicked them out of their apartment when he found out they were a couple, he said, even though they’d paid the rent several months in advance.

“So we have to even hide our identify from anyone, even the employers, even the landlords,” he said. “Every day is a struggle living here. Every day is hard.”

When they first arrived in Turkey, they tried to apply for asylum in Canada, but were told by UN lawyers their chances were slim. Canada, like many western countries, was fast-tracking Syrians displaced by the civil war.

“Nobody’s thinking of us. Sometimes I think I wish I was Syrian or Chechnyan, because everybody is looking for new topics now,” Alireza said. “Everybody has forgotten LBGT refugees. We exist here and we are suffering.” 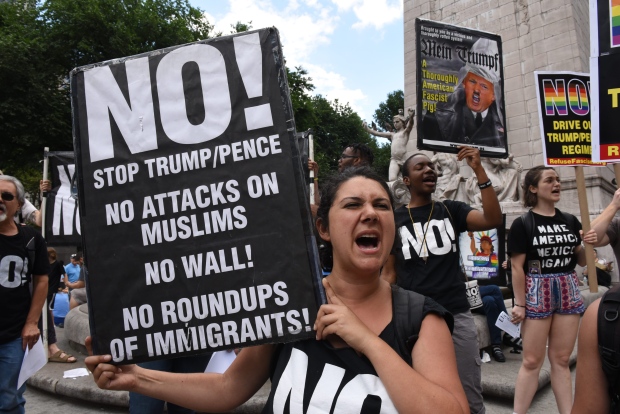 Alireza doesn’t know what they’ll do next. The U.S. Supreme Court will hear arguments for and against the travel ban in October, but he has little hope anything will change for them.

Making the treacherous journey to Europe is a possibility, he said.