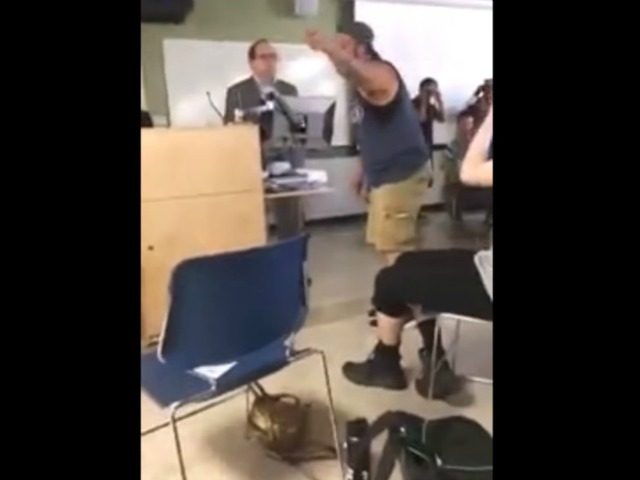 Students at Evergreen College, demanding the suspension of a professor who opposed a school event asking white students and staff to leave campus, are demanding that a video of their protest efforts published online be taken down.

“We demand that the video created for Day of Absence and Day of Presence that was stolen by white supremacists and edited to expose and ridicule the students and staff be taken down by the administration by this Friday,” the students wrote in a list of demands to college President George Bridges.

The video depicts student protesters screaming and shouting on campus in response to Professor Bret Weinstein’s refusal to participate in a campus event in which white community members were asked to leave the school for a day. The video spread throughout social media.

The video includes profane language and includes a segment in which students hurl expletives at college president George Bridges, who largely complied with the group’s demands.