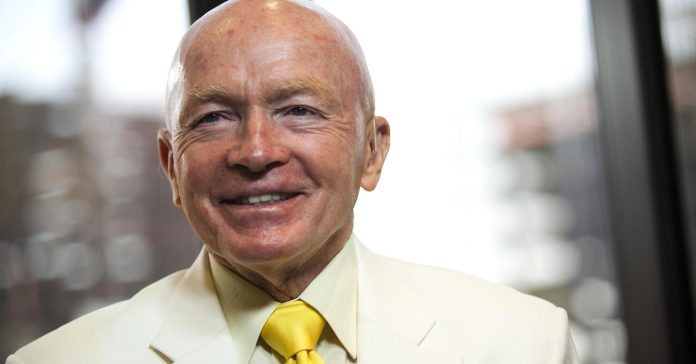 Although acknowledging potential leverage risks, he said banks have room for growth and improved efficiency. In 2012, China commenced an anticorruption campaign and last year alone saw 527,000 people punished. “This will be good for these banks, because they’re going to have to reform and investors should do fairly well,” he said.

Government policy is an investment risk, negative or positive, in any country. It’s particularly so in China, given the influence of state-owned corporations, Mobius said. During the legislative meetings, the China Banking Regulatory Commission lowered the required bad-loan coverage ratio, rallying bank stock prices. This measure is also expected to raise transparency around asset quality.

Transparency is particularly lacking with fixed-income securities. Mobius didn’t invest in bonds at Franklin Templeton but will do so at Mobius Capital Partners. He said there are excellent opportunities in domestic corporate bonds, an area he also called treacherous. “In China there are still a lot of opaque areas that we have to be very careful with,” he said.

Environmentally, China introduced measures last year to reduce coal dependence. Between 2017 and 2020, China will invest $320 billion into renewable energy. Last week Reuters reported that China is creating a new energy ministry in order to centralize policymaking and improve efficiency. During a three-hour speech last year at the 19th National Congress of the Communist Party of China, Xi Jinping mentioned the word “environment” 89 times and “economy” just 70 times, according to Bloomberg Intelligence research.

Outside of China, the country’s economic linkages continue to propagate. In 2017, China exported $506 billion worth of goods to the United States. Although a U.S.-China trade war is possible, Mobius thinks the risk is overdone. He said President Donald Trump’s trade policies, such as the recent steel and aluminum tariffs, are negotiating tactics. He also believes the Chinese will react pragmatically.

The Middle Kingdom is also driving the Belt and Road initiative, which links 69 countries and is expected to reach $1 trillion in scale. Mobius said investors can participate in various ways, including via construction equipment companies, which should see demand from increased road, rail, port and bridge development.

With China going out and the U.S. dollar weakening, Mobius expects the renminbi to strengthen. “There’s no question that China wants to have its currency as a global reserve currency,” he said. Consequently, he said, “They have to open up. They have to loosen up their exchange controls.”