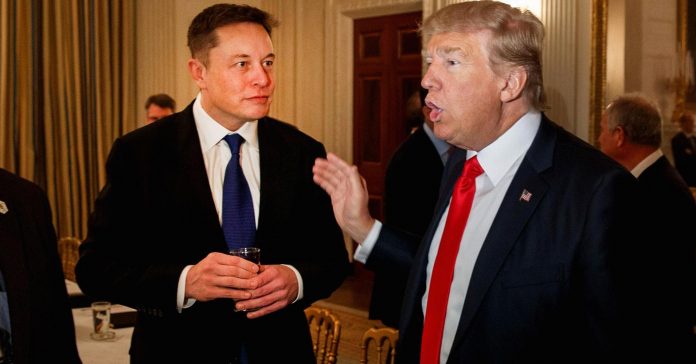 Asked on Twitter what he would do if Trump pulled out of the landmark global deal to curb emissions, Musk said he would “have no choice but to depart [the] councils in that case.”

Musk tweet: Will have no choice but to depart councils in that case

Trump tweeted Wednesday that he will announce his decision on the Paris deal “over the next few days” as he faces intense pressure from the deal’s supporters and detractors. Reports Wednesday indicated that he is expected to withdraw from the climate agreement, though some news outlets cautioned that he had not made a final decision.

Musk, who also founded SpaceX, is on Trump’s manufacturing jobs council, his strategic and policy forum, and his infrastructure council. Musk has defended his role advising Trump in the face of some criticism from anti-Trump activists, arguing that they should want his voice in the discussions to offer views that differ from those of the president’s other advisors.

Musk, among other CEOs of major American companies, urged Trump to uphold the agreement. He tweeted Wednesday that he has “done all [he] can to advise directly to [Trump],” through White House officials and advisory councils, to remain in the accord.

Since taking office, Trump has started to roll back Obama administration energy regulations that he and some advisors say hold back American energy companies. While officials like Secretary of State Rex Tillerson support the Paris deal, EPA Administrator Scott Pruitt had pushed against it.

A group of top Republican senators including Majority Leader Mitch McConnell also urged Trump to withdraw from the agreement.

The White House did not immediately respond to a request to comment on this article.

Asked about Musk’s tweet Wednesday, press secretary Sean Spicer told reporters to wait to see what the president does.