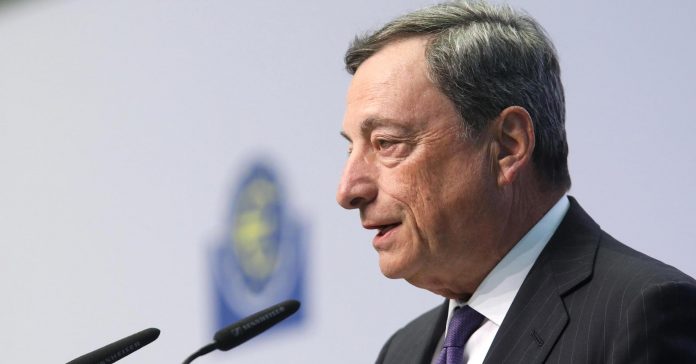 The European Central Bank is set to receive updated data when it meets next month, but according to its president, it is not yet time to tighten monetary policy.

“At its June monetary policy meeting the Governing Council will receive an update of the staff projections and a more complete information set on which it will be able to formulate its judgement on the distribution of risks around the most likely outlook for growth and inflation,” ECB President Mario Draghi told a parliamentary hearing in Brussels on Monday.

“Overall, we remain firmly convinced that an extraordinary amount of monetary policy support, including through our forward guidance, is still necessary for the present level of underutilized resources to be re-absorbed and for inflation to return to and durably stabilize around levels close to 2 percent within a meaningful medium-term horizon,” he said.

The euro zone has been growing for many consecutive quarters, reaching a real GDP growth pace of 1.7 percent year-on-year in the first quarter of this year. At the same time, unemployment has fallen and business sentiment hit a six-year high. However, the bank sees problems with domestic costs, which are still to low to support durable inflation.

Some analysts expect the ECB to update its tone towards monetary policy over the summer given the upbeat data over the last quarters.

The central bank’s next meeting is on June 8.

Speaking to European lawmakers, Draghi stated that the central bank is preparing internally for Brexit and is in touch with all of the financial institutions who are seeking to move some of their operations to the euro zone from the City of London.

He acknowledged, however, that such a transition raises the risk of “supervisory fragmentation”.

Meanwhile, when asked when Greek bonds will be included in the ECB’s quantitative easing program, Draghi said that first, it’s important to overcome the impasse over Greece’s debt burden.

For the moment, Greek bonds cannot be purchased by the ECB because they are considered junk by credit rating agencies.