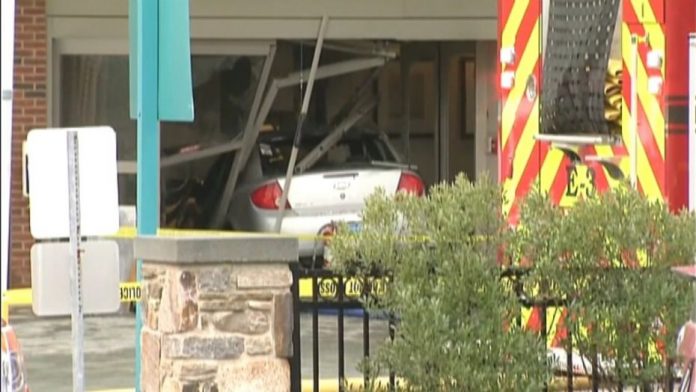 A car crashed into the emergency room entrance of Middlesex Hospital Thursday.

A driver intentionally crashed his car into a Connecticut hospital’s emergency room entrance Thursday morning and set himself on fire, officials said.

The suspect was identified by authorities as Steven Ellam, 27, of Middletown, Connecticut. He crashed his silver vehicle into the glass sliding doors of Middlesex Hospital around 10 a.m., destroying the entrance to the emergency room, Middletown Mayor Dan Drew said during an afternoon news conference.

“It appeared that the front end of the vehicle was completely on fire…as well as his body became inflamed as well,” an official said earlier, adding the blaze was contained to the vestibule.

Witnesses reported to authorities that the man then set himself on fire, according to Fox 61.

Several cans containing flammable liquid were found inside the vehicle, Drew said, and were being tested by investigators. The car was impounded at a secure facility.

Ellam was taken to the hospital with burn injuries but Drew did not have information on his condition. 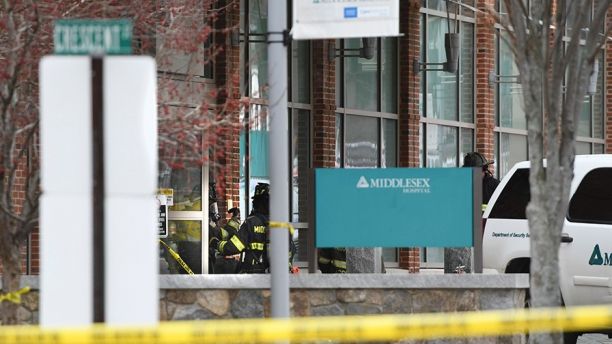 Responders investigating the scene of the car crash at Middlesex Hospital.

Middletown Police Chief Phil McKenna said the suspect was known to other members of the department for several years, dating back to when he was a teen. He was reportedly not on the FBI’s radar, however.

Court records obtained by The Associated Press showed Ellam has numerous convictions, including for assault, attempted assault and strangulation. He also reportedly served time in prison in 2014.

Police responded to the scene within minutes, officials said. The fire department arrived a few minutes later and put out the flames. The bomb squad was also called to the scene.

Images from the scene showed a silver vehicle with smashed windshields resting inside the building and the entrance to the hospital demolished. Smoke was seen in the emergency room area.

Drew did not provide a possible motive in the incident.

McKenna said it was an isolated event and authorities were confident that the suspect acted alone.

“We confidently tell you that Middletown is safe,” he said.

Several buildings in the area, as well as homes in Ellam’s neighborhood, were reportedly evacuated pending a bombsquad’s search. The move was a “precautionary measure,” Drew said. 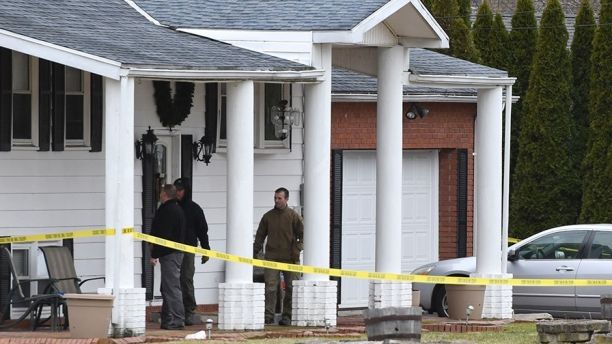 FBI and bomb squad approach a Middletown home as part of their investigation into a car that was crashed into the local hospital.

The hospital said all patients and staff have been accounted for and are safe. The emergency department is closed until further notice.

One hospital security guard received medical treatment for smoke inhalation, officials said, which was reportedly incurred while helping to evacuate patients. The employee was the only person hurt, other than the driver.

Authorities said they are not aware of any recent threats to the hospital.