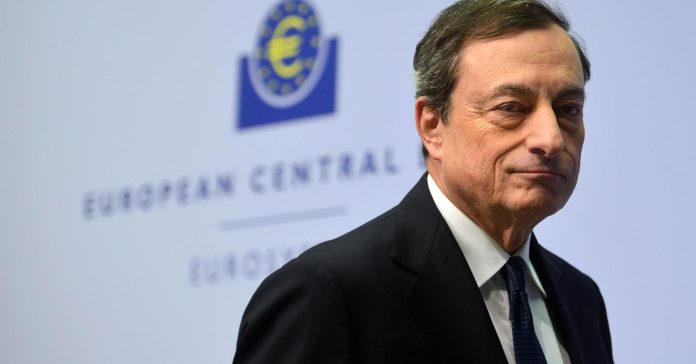 During a press conference in Frankfurt, Germany, following an ECB monetary policy decision, Draghi was asked about his concerns over trade wars and its effect on Europe.

He said the immediate spill over of the measures won’t be big but noted a wider concern.

“What strikes me is whatever convictions you have about trade, we are convinced that disputes should be discussed and resolved in multilateral framework,” Draghi said. “Unilateral decisions are dangerous.”

The ECB president added that Trump’s recent trade threats did not bode well for previously healthy relations between the U.S. and the European Union.

“There is a certain worry or concern about the state of international relations, because if you put tariffs on your allies, one wonders who your enemies are,” he said.

Following an earlier tweet from Trump, it looks likely an order to implement steel and aluminium tariffs will be signed later today.

Draghi also noted that putting trade restrictions on another country had benefited the U.S. dollar in the past, but there was no guarantee of a similar reaction in the future.

He said the most important thing to watch for would be the effect on confidence.