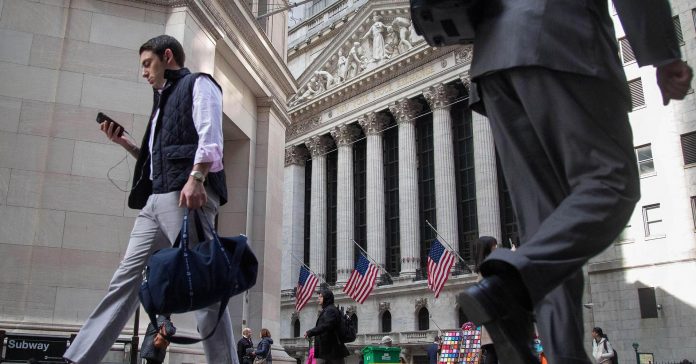 But the Dow, S&P 500 and Nasdaq had recovered some of those losses as of Wednesday’s close. The Dow and S&P 500 are 6 percent and 5.5 percent, respectively, below their all-time highs, while the Nasdaq was 3.1 percent away.

Stocks rose earlier on Wednesday as interest rates stabilized. On Tuesday, the 10-year U.S. note yield jumped about five basis points to over 2.9 percent after Federal Reserve Chair Jerome Powell hinted at the possibility of more than three rate hikes for 2018 in his testimony to Congress members.

“Valuations keep getting stretched,” said Eric Ervin, CEO of Reality Shares. “As long as rates remain low, the market can justify them. But as rates go higher, then we have to have higher earnings growth. The question is can companies sustain this.”

Powell is scheduled to testify in front of Congress again on Thursday.

Correction: Powell is scheduled to testify in front of Congress on Thursday. A previous version of this story misstated the day.