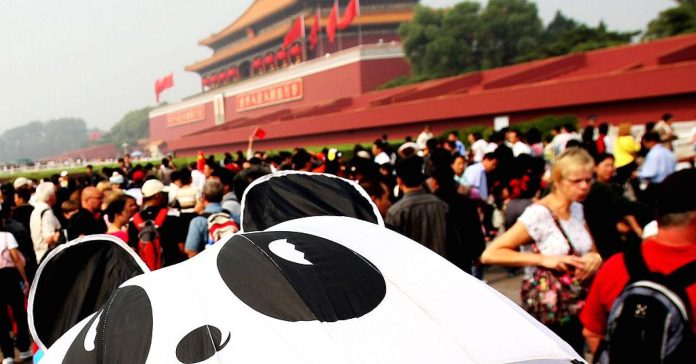 The belief in an “implicit guarantee” from the Chinese government on debt is a big problem, said a finance professor on Monday.

“I’m concerned with what a lot of people believe, [that] the government is going to take care of investment losses. Under that impression, they are going to take up lot of leverage because they believe they will be bailed out if something does not work out,” said Zhu Ning, a professor of finance at Tsinghua University in Beijing.

China has been battling high debt levels for years, but debt-to-GDP ratio is still about 260 percent, according to the Bank of International Settlements. While that absolute number is not alarming in itself, it is eyebrow-raising for the speed in rising to such levels, particularly in the last five years, Zhu said.

Since China’s economy is far bigger than two decades ago, the country has the size and resilience to overcome issues in the financial system, but Beijing is concerned about systemic risks that may roil the world’s second-largest economy.

The key to solving any potential fallout from the ballooning debt is to remove the perception that Beijing will help solve any problems from a debt blowup, said Zhu.

“This is a mentality that has taken decades to form so the government would have to do something aggressive and persistent to gradually remove this sense of implicit guarantee,” Zhu said.

The Chinese government has been coming down hard on reining in systemic risks, using strong-arm tactics such as the recent state takeover of Anbang Insurance Group, which was aggressively expanding internationally.