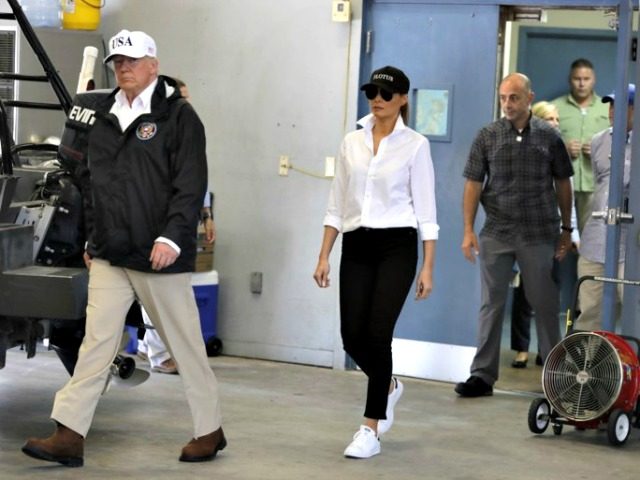 President Donald Trump will return to the areas hit hardest by Hurricane Harvey, according to the White House.

White House Press Secretary Sarah Sanders confirmed to reporters that both the president and First Lady Melania Trump would travel to Texas and Louisiana.

“I believe, as of right now, tentatively, he plans to be in the Houston area of Texas and possibly Lake Charles, Louisiana,” Sanders said, cautioning reporters that the details and locations of the trip were still under consideration.

The news was later confirmed by Vice President Mike Pence, who also visited areas hit by the storm in Texas.

Trump’s Homeland Security adviser Tom Bossert joined the press briefing to reassure everyone that the president was focused on the recovery efforts in the state.

“We’re going to have Houston and Texas bigger, better, and stronger than it was before this storm, and the resilient nature of the American people is just awesome,” he said.