Ripple surged more than 30 percent Friday to an all-time high, briefly surpassing ethereum as the second-largest cryptocurrency by market capitalization.

Officially called XRP, ripple climbed nearly 33 percent to a record high of $1.90 and traded near $1.81 Friday morning, according to CoinMarketCap. The digital currency briefly had a market cap of more than $71.8 billion, a few hundred million greater than ethereum at the time. The two cryptocurrencies vied for the second-place spot as prices fluctuated in morning trading.

Bitcoin remains the largest digital currency by far. It has a market capitalization of roughly $241 billion, accounting for about 41.5 percent of the total cryptocurrency market cap tracked by CoinMarketCap. Ripple accounted for about 12.4 percent, while ethereum was around 12.3 percent, the website showed. 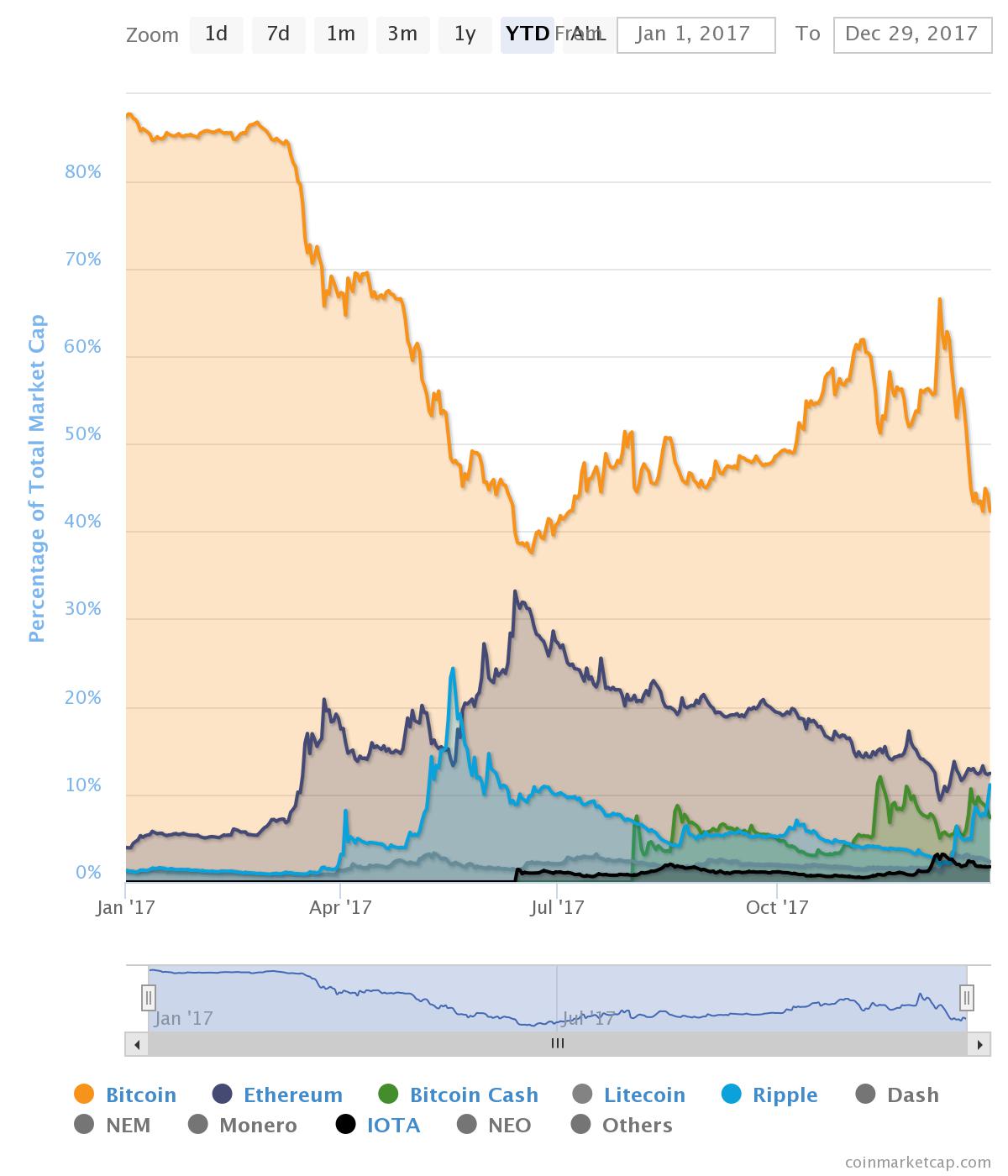 CoinMarketCap charts show ripple had climbed above ethereum into the second-place spot in May. But back then ripple was only worth about 36 cents.

The digital currency ended 2016 at less than 1 cent and topped $1 only last week. Gains have accelerated since, and ripple is up more than 29,000 percent this year.

Ripple is officially the name of a San Francisco-based start-up using blockchain technology to develop a payments network for banks, digital asset exchanges and other financial institutions. Network participants use a digital coin called XRP for transactions. The cryptocurrency has a four-second settlement time, versus more than two minutes for ethereum and over an hour for bitcoin, according to Ripple’s website.

The company said more than 100 financial institutions use its network. In the last few weeks, some South Korean and Japanese banks have been testing Ripple’s systems for cross-border payments, according to the company.

The start-up owns 61 percent of the 100 billion XRP in existence. At Friday’s record high prices, that gives Ripple about $115.9 billion worth of the digital currency.