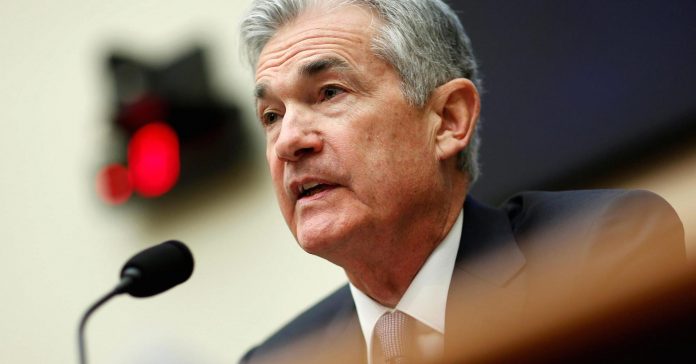 Federal Reserve Chairman Jerome Powell is in the midst of making his Humphrey-Hawkins testimony to Congress. He has reported to the House Banking Committee and will report to its Senate counterpart on Thursday.

Chairman Powell has been a Fed governor for six years and never objected to the agency’s policies in that time. So, he is saying exactly what one would expect him to say:

It is what he did not say and what Congress does not seem to understand that is of greatest interest at the moment. The Federal Reserve is dealing with funding challenges.

Think of the Federal Reserve as a bank, which, of course, is what it is. On one side of its balance sheet are the financial assets that it buys such as Treasuries and mortgage backed securities. On the other side is a listing of where it gets the money to make its purchases.

For almost 100 years the Fed simply printed the money it used to buy the assets it wanted. This money shows up on its balance sheet as currency — the cash that people hold in their pockets or keep in their bank accounts. Prior to 2008, over 90 percent of all Federal Reserve liabilities were the currency it created.

The financial crisis in 2008 changed this arrangement. The Fed needed what ultimately was $3.6 trillion to buy assets to resolve the financial crisis. Without going into too many details it obtained the bulk of the money it needed from the nation’s banks.

They deposited up to $2.8 trillion at the Fed. What this meant is that bank deposits supplemented currency as the core source of Federal Reserve funding. Consequently, by the end of 2014, the nation’s banks were providing over 62 percent of the money the Fed needed to fund its activities and currency was down to 28 percent (other borrowings and equity provided the other 10 percent).

The problem at the moment is that the banks seem to want their money back. They have taken close to $600 billion out in the last three-and-a-half years. If the Federal Reserve Board was a normal bank, a “run” of this magnitude would have put the organization into liquidation. But, the Fed is not a normal bank so it increased its money printing activities and borrowed money in the open market to pay the banks the $600 billion they wanted back.

The issue today is that the banks are still funding 50 percent of the Fed’s balance sheet. As they continue to take money out they put stress on the agency to shrink its assets, print even more currency, and borrow more funds in the open market. The need to satisfy the bank withdrawals is a significant factor driving Fed policies.

It needs to be discussed. Congress needs to understand that this is happening. This issue cannot be kept “under the rug” any longer. What is revealed here is the loss of Fed independent decision making.