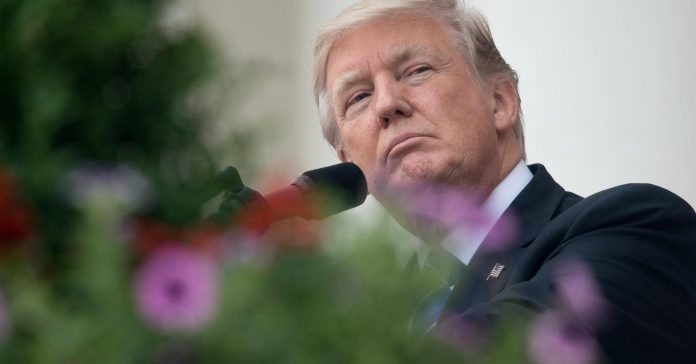 Asked about a possible staff shake-up, Spicer said: “I think the president is very pleased with his team and he has a robust agenda.”

Dubke resigned just before Trump left on his foreign trip but will stay on until a transition is concluded, Reince Priebus, the White House chief of staff, said.

Other potential staff changes could be in the works, according to Axios News, which first reported Dubke’s departure, including fewer on-camera news briefings by Spicer, the White House press secretary.

“Ultimately the best messenger is the president himself,” Spicer said on Tuesday.

Senior adviser Kellyanne Conway told Fox News the White House will continue to bring in Cabinet secretaries and other top officials to handle news briefings on topics in their patch.

Conway also dismissed persistent speculation that Spicer, who has been pilloried on TV comedy shows since Trump took office on Jan. 20, was on his way out.

Controversy over the Russia issue deepened after Trump fired FBI Director James Comey earlier this month, leading to allegations by critics that the president sought to hamper the agency’s investigation of the matter.

Moscow has denied U.S. intelligence agencies’ conclusion that it meddled in the campaign to try to tilt the election in Trump’s favor.

The president has denied any collusion, repeatedly denouncing the probes by a special counsel at the Justice Department, the FBI and several congressional panels as a Democrat-backed effort to explain Hillary Clinton’s upset defeat in the White House race.

Congressional investigations into the Russia issue have expanded to include Trump’s personal attorney, Michael Cohen, ABC News reported on Tuesday.

Cohen confirmed he had been asked to provide information and testimony to investigators in the U.S. House of Representatives and the Senate but said he declined because “the request was poorly phrased, overly broad and not capable of being answered,” ABC reported.

Cohen did not respond to Reuters’ request to comment. The White House declined to comment, saying Cohen is not an employee of the administration.

However, former White House national security adviser Michael Flynn, who resigned after failing to properly disclose his own contacts with Russian officials, told the Senate Intelligence Committee he will begin turning over some documents subpoenaed by the panel, a government source familiar with the matter told Reuters.