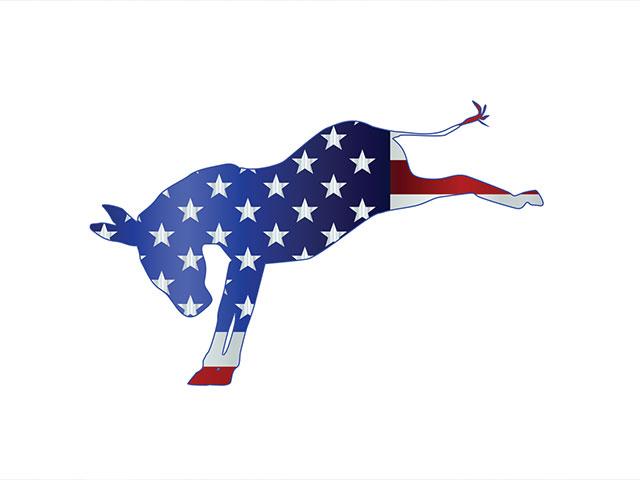 The House Intelligence Committee on Saturday released a Democratic memo in redacted form that seeks to undercut Republican claims of FBI surveillance abuses.

President Trump dismissed the Democrat’s memo calling it a “total political and legal bust,” claiming that it only confirms the “terrible things” that were done by the nation’s intelligence agencies.

The rebuttal, which was written by Democrats serving on the House Intelligence Committee, concluded that officials at the FBI and Justice Department “did not abuse the Foreign Intelligence Surveillance Act (FISA) process, omit material information, or subvert this vital tool to spy on the Trump campaign.”

In the Republican memo released earlier this month, it stated that the FBI and DOJ relied on a Democrat-funded anti-Trump dossier to ask the FISA court for a warrant to monitor Trump adviser Carter Page.

“The Democratic response memo released today should put to rest any concerns that the American people might have as to the conduct of the FBI, the Justice Department and the FISC,” Schiff said in a statement.

“Our extensive review of the initial FISA application and three subsequent renewals failed to uncover any evidence of illegal, unethical, or unprofessional behavior by law enforcement and instead revealed that both the FBI and DOJ made extensive showings to justify all four requests,” the statement continued.

Later Saturday evening, Trump tweeted: “The Democrat memo response on government surveillance abuses is a total political and legal BUST. Just confirms all of the terrible things that were done. SO ILLEGAL!”

Schiff and other Democrats charge that the Republican memo written by House Intelligence Chairman Devin Nunes of California is misleading and omits key facts, including that the FISA application did state that ex-British intelligence agent Christopher Steele, the author of the dossier, was paid by a political entity. FBI Director Christopher Wray also expressed concerns about the Nunes memo, publicly warning the White House that omitted information could impact the memo’s veracity.

In a written statement, Nunes added that “the FISA court was misled about Mr. Page’s past interactions with the FBI in which he helped build a case against Russian operatives in America who were brought to justice. It defies belief that the Department of Justice and FBI failed to provide information to a secret court that they had provided to an open federal court regarding their past interactions with Mr. Page.”

Two of the key arguments in Schiff’s memo are that the FBI’s request for a FISA warrant on Page was proper, and that the political motivations behind Steele’s research were sufficiently disclosed.

The Schiff memo cites the FBI’s previous interest in Page, including a March 2016 interview with him about his contact with Russian intelligence.

“The FBI’s concern about and knowledge of Page’s activities therefore long predate the FBI’s receipt of Steele’s information,” the memo reads.

The memo also argues that Steele, who authored the dossier on Trump and Russia, played no role in the FBI’s launching of the counterintelligence investigation into Russian interference in the 2016 election, which occurred on July 31, 2016.