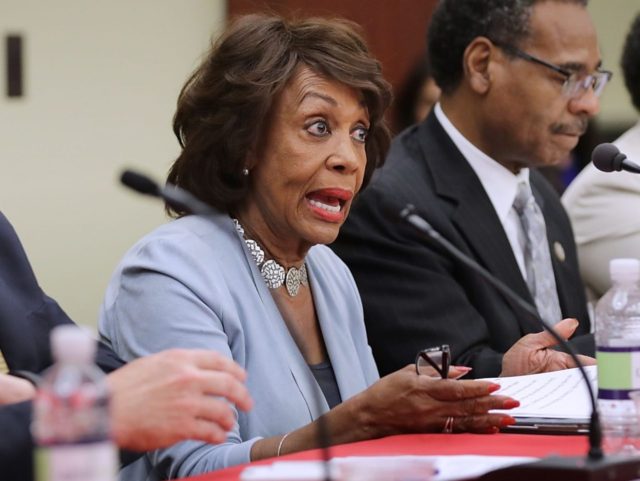 The caucus also sent a letter to the state’s Democratic Party requesting “sensitivity training for contracted and subcontracted employees.”

Waters was speaking to members of the African American Caucus when a man, who it was later discovered is employed by a firm that was subcontracted to handle audio and visual for event planning firm Frontrunner, approached her during her speech and asked her to wrap it up.

Waters continued speaking and her microphone was cut off soon after.wards She kept going. The incident caused an uproar within the African American caucus.

At one point, California Democratic Party African American Caucus Chair Darren Parker said, “Our caucus pays for this room … And it has been tradition if we were going to run over that we pay additional fees.” He added, “I have never, ever seen anyone from staff walk up to a speaker, interrupt the speaker and then cut off the sound… Damn it, we will not tolerate this!” he said, and thumped his fist on the table before the audience broke into applause.

This week, executive board members of the caucus reportedly sent a letter to the California Democratic Party’s newly-elected leadership to complain. According to the Los Angeles Times, the letter also asked that the caucus be reimbursed for the costs of the meeting.

According to the Times, Parker said in a statement, “We would first like to humbly and heartfully apologize to the ‘Good’ Congresswoman Maxine Waters, our African American Caucus members, friends and guest for the inexcusable behavior of the audio service employee.”

He continued:”In my 20 years as a Democratic Party leader, I have never experienced such the type of behavior as I did at the Sacramento Convention hall on Saturday evening. What is most disturbing is that this individual could have meant harm to the Congresswoman and was unchecked before he reached her.”