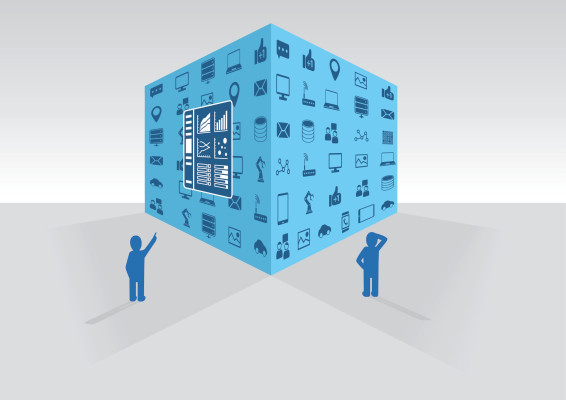 You’re probably familiar with quizzes from online publishers like BuzzFeed. But what if a quiz could actually help you sort through tough decisions and complex topics, not just which Sex and the City character or Disney princess you most closely resemble?

Van der Linden is a Ph.D. candidate in the political science department at the University of Toronto, and he first built an application called Vote Compass, which helps users understand how their political views line up with election candidates. (In the United States, Vote Compass was released in partnership Vox.)

Now, however, Delphia is working to bring a similar approach to non-political questions, like helping kids decide which college to attend, or helping adults figure out the workplace culture that would best fit them.

When I brought up the comparison to BuzzFeed quizzes, van der Linden didn’t exactly reject it. In fact, he admitted that they were one of his inspirations, but he added, “Let me qualify that heavily” — because he said Delphia’s applications use artificial intelligence and data science. Instead of just creating a basic decision tree (this set of answers leads to this quiz result), it’s actually trying to build out models that show how each question and answer is related to overall satisfaction. 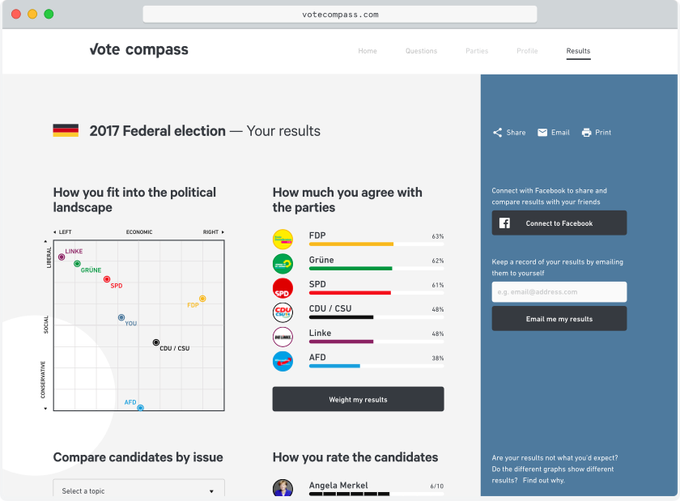 For example, in the case of the university-choosing application, van der Linden said, “We’ve gone out and surveyed tens of thousands of recent graduates of universities with a very long survey to train a model that will predict the right fit for people.” And the applications improve as more people participate: “Everyone who uses those tools, when they’re finished, they’re actually contributing to that learning model and making it smarter and smarter.”

That might seem like a lot of work to put into what amounts to a feature on a website, but van der Linden said it usually pays off for publishers (who either pay Delphia a licensing fee or split the advertising revenue): “It’s a great new form of personalized, innovative content for users.”

Vote Compass, for example, resulted in an average of eight to 10 minutes of engagement time for each participant. And the data from the applications can provide fuel for more content, like this Vox article showing that Trump’s supporters in the 2016 election were more liberal than he was on most issues.

So van der Linden also compared Delphia to survey companies like Gallup, but he said, “None of them ever paired it with machine learning.”

Beyond helping publishers create engaging content, van der Linden is hoping to answer “a really fundamental question in the information age: When we’re faced with so much data and information, how do people make rational decisions?”

“We want to help people navigate decisions in as many decision spaces as we can get into,” he added.