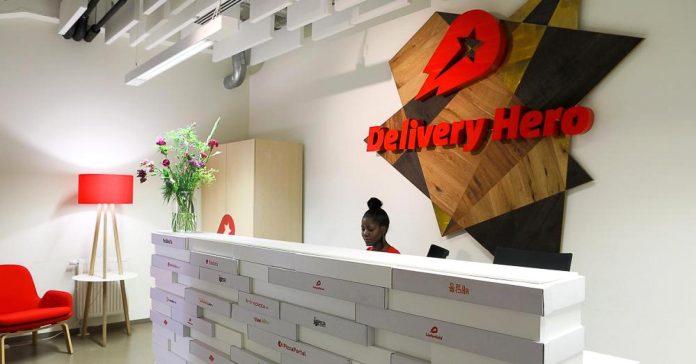 The online food and delivery space has become increasingly competitive with new players such as Uber and Amazon entering the sector while existing rivals Deliveroo and Just Eat continue to expand. Delivery Hero, which was founded in 2011, operates in over 40 markets globally and has around 150,000 restaurants on its platform.

“As long as we have the best service in the market, the best product in the market… I don’t think we have to worry a lot,” Ostberg said, when asked whether Delivery Hero could compete with the likes of Uber and Amazon.

Delivery Hero is the fourth major online food delivery company to go public in recent years, following in the footsteps of Just Eat, Takeaway.com and GrubHub – which have all seen their share prices surge since listing.

The company has said it will use the funds raised from its listing to repay loans and to finance the growth and development of its business.

Acquisitions have been a key part of Delivery Hero’s growth strategy. In 2015, it bought Talabat.com, an online food takeaway firm based in Kuwait, followed by Yemeksepeti in Turkey. The acquisition of Foodora followed shortly after.

The IPO is likely to provide a boost to Rocket Internet, a publicly-listed start-up factory which owns around a 35 percent stake in Delivery Hero. Rocket Internet invests in start-ups and has a number of companies in its portfolio, but has struggled to turn a profit. While Delivery Hero’s shares moved higher, Rocket Internet was under pressure in early morning deals.