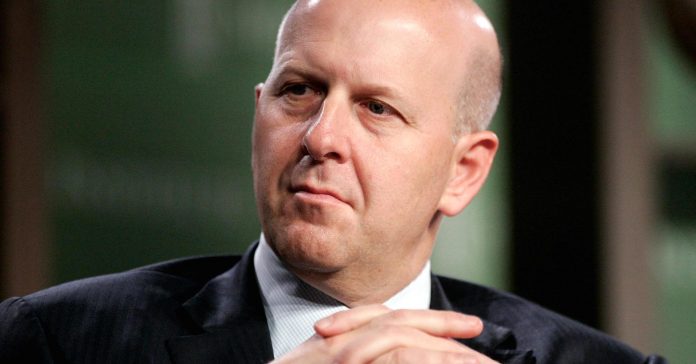 David Solomon will take over as president and chief operating officer at Goldman Sachs as his sole competitor for the company’s CEO job, Harvey Schwartz, retires in April, the company announced Monday.

The moves seem to put Solomon in direct line to succeed current CEO Lloyd Blankfein when the latter retires.

“I look forward to continuing to work closely with David in building our franchise around the world, serving our expanding client base and delivering strong returns for our shareholders,” Blankfein said in a statement.

The personnel shift happens amid heightened speculation about what happens when Blankfein steps down from the investment banking giant. A report Friday from the Wall Street Journal that Blankfein was likely to step down as soon as this year accelerated the chatter about who would take over.

Solomon and Schwartz have long been considered the only two candidates in serious contention.

There was no specific reason in the Goldman announcement about why Schwartz decided to retire.

“Harvey has been a mentor to many, and his influence has made an indelible impact on generations of professionals at Goldman Sachs. I want to thank Harvey for all he’s done for the firm,” Blankfein said.

Goldman shares, which have underperformed for much of Blankfein’s tenure, were up 1.7 percent in premarket trading.

With trading volumes drying up and regulators still homing in on big banks, it’s been a difficult time for Wall Street institutions like Goldman.

“Lloyd managed to steer it fine,” said Christopher Whalen, head of Whalen Global Advisors. “If you look back over that period, they really didn’t take huge lumps and they managed to avoid most of the risk.”