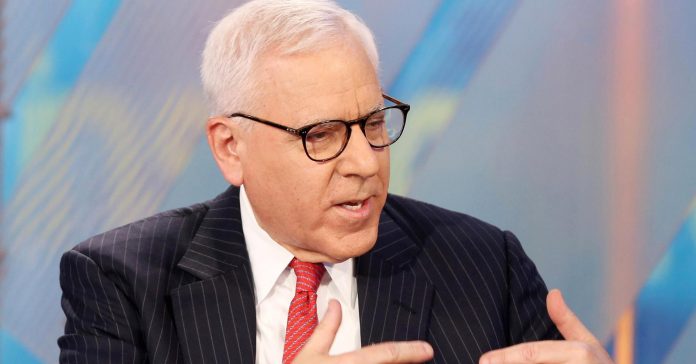 The Donald Trump administration is doing well with the business community, in large part thanks to its tax cuts package, billionaire private equity investor David Rubenstein told CNBC on Wednesday.

Speaking at the SuperReturn private equity and venture capital conference in Berlin, Germany, the Carlyle Group co-founder was positive in his review of the White House’s major economic policy moves.

“I think the tax cut bill is seen as very positive for the economy in the United States by most people.”

The U.S. tax system underwent its first major overhaul in more than 30 years in December when the Republican-led Tax Cuts and Jobs Act was passed, slashing corporate tax rates from 35 percent to 21 percent.

Most business people agreed that U.S. corporate taxes had been too high for too long, blunting America’s competitiveness. The CEOs of J.P. Morgan, Cisco, Apple, Walmart and many more lauded the tax cuts, and several companies issued bonuses for their employees.

Apple announced in January it would contribute $350 billion to the U.S. economy and create 20,000 jobs over the next five years, thanks to the new tax law.

The most common corporate reaction so far has been in the form of share buybacks and dividend increases. Bank of America Chief Executive Brian Moynihan told investors in January that the “largest portion” of tax savings would “flow to the bottom line through dividends and share buybacks,” and Rubenstein has echoed that outlook.