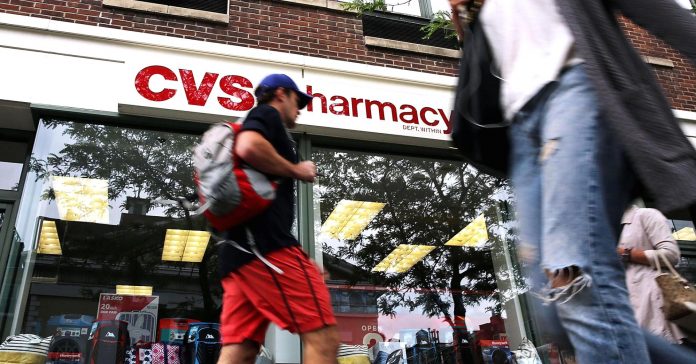 CVS Health is expected to announce plans to acquire Aetna for roughly $69 billion in cash and stock in a first-of-its kind deal aimed at fending off challenges in retail and health care, sources familiar with the situation told CNBC on Sunday.

The landmark agreement is one of the year’s largest so far. It comes as insurers are under pressure to lower medical costs, and retailers are under attack from new competitors, including an increasingly powerful Amazon. It creates the first health-care triple threat, combining CVS’s pharmacy and pharmacy benefit manager (PBM) platform with Aetna’s insurance business.

According to the agreed terms, Aetna stockholders will receive $207 per share, $145 in cash and $62 in stock, said the sources. Aetna’s board has already approved the deal.

Upon the closing of the transaction, three of Aetna’s directors, including its chairman and CEO Mark Bertolini, will join the CVS’ board of directors, one of the sources said. Aetna will operate as a stand-alone business unit within the CVS, the source added. The unit will be led by members of their current management team.

The transaction is expected to close in the second half of 2018, subject to regulatory and shareholder approval.

The sources who spoke to CNBC requested anonymity because the terms are not yet public. Aetna and CVS did not immediately respond to requests for comment.

Woonsocket, Rhode Island-based CVS has been transforming itself into a health-care business for years, propelled by its acquisition of the Caremark PBM business in 2007. (A PBM typically is a third party that negotiates prescription drug benefits for a commercial health plan.)

The acquisition of Aetna gives CVS more scale to bargain for better prices for the prescription drugs it sells. It also fortifies Aetna’s insurance business by creating the ability to offer its customers cheaper co-payments, presumably only in CVS stores.

CVS, which has a network of nearly 10,000 pharmacies and over 1,000 walk-in clinics, has a vast retail footprint that will also serve as a center for pharmacy and clinical services, while also selling traditional household goods.