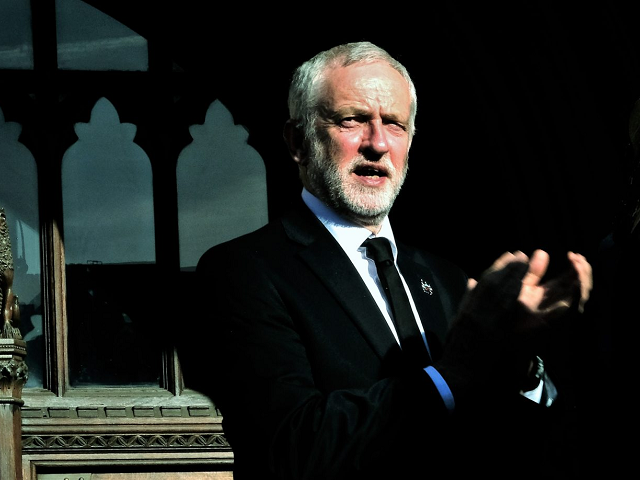 Mr Corbyn, who believes the UK has not been involved in a just military campaign since 1945, has been accused of politicising the death of 22 innocents and excusing terrorist ideology at the first opportunity.

The far-left leader, however, insisted his “assessment in no way reduces the guilt of those who attack our children” and the war on terror “is simply not working”.

Mr Corbyn has repeatedly voted against counter-terror laws and is a former chairman of Stop the War, which published a blog in the wake of terror attacks in Paris saying France was “reaping the whirlwind” for bombing Islamic State.

During the speech, Mr Corbyn didn’t link terror to Islamist or radical Islamic ideology, and insisted the attacker was “no more representative of Muslims than the murder of Jo Cox spoke for anyone else”.

In the speech, Mr Corbyn promised to reverse Tory cuts to police and security services. He also claimed that bowing to Islamist demands for Western troops to leave Muslims lands would help protect people in the UK.

“We will also change what we do abroad,” he said. “Many experts, including professionals in our intelligence and security services, have pointed out the connections between wars that we’ve been involved in… in other countries such as Libya and terrorism here at home.”

Under a Labour Government, British foreign policy would “reduc[e] rather than increas[e] the threat to this country”, he claimed.

Addressing British troops, he said: “I want to assure you that, under my leadership, you will only be deployed abroad when there is a clear need and only when there is a plan and you have the resources to do your job to secure an outcome that delivers lasting peace.”

Ghaffar Hussain, head of outreach at the Quilliam Foundation, which has advised the Government on extremism, was quick to point out that violent Islamist extremism in the UK is often sectarian or targeting Westernised Muslims, making it hard to link to foreign policy.

Speaking to BBC Radio 4’s Today programme, he said: “The reality is these people hate our values. You only have to look at their propaganda to realise.”

He described the timing of the speech and its contents as “incredibly disappointing and crass”, adding: “I’m a Lancashire MP, many of my neighbours and some of the near constituents have been in this attack themselves.

“To try and make a sort of political statement… this is why his timing is also appalling because actually I don’t think the substance of what he says is correct at all.”