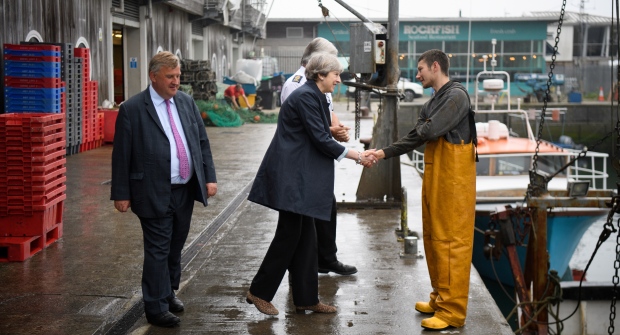 For a radical socialist written off by many as a no-hoper leading Britain’s Labour Party to its worst ever election defeat on June 8, Jeremy Corbyn is pulling in big crowds.

Corbyn, a 68-year-old peace campaigner, has been speaking at modestly attended fringe rallies and demonstrations for decades. But he now seems to have more of an audience.

In a leisure centre car park on the outskirts of Reading, 65 kilometres from London, more than a thousand people gathered in the middle of a working day, leaving behind their desk jobs and even climbing trees to catch a glimpse of Corbyn.

“He’s a normal person, which I think resonates,” said Trish Whitham, a former Green Party voter who had travelled around an hour to get to a Corbyn rally, the first she had ever attended.

Conservative Prime Minister Theresa May called a snap election last month when she was riding high in opinion polls, hoping for a landslide win on a par with the era-defining victories of Margaret Thatcher in 1983 and Tony Blair in 1997.

But May’s lead has shrunk from more than 20 percentage points to as little as 3 points, according to a YouGov opinion poll released today, though all major polls put May in the lead.

Britain’s Prime Minister Theresa May meets Carl Hatton, who works on the fishing vessel Avon Valley as she visits the Plymouth fisheries in Plymouth on Wednesday. (Leon Neal/Pool/Reuters)

Another who attended Corbyn’s rally said he was curious about a politician who appeared genuine.

“I heard they were coming and I’d seen on the news how great some of his rallies were so I thought I’d come down and check it out,” said Jason Guy, a 28-year-old insurance worker who joined Labour a week ago after reading Corbyn’s manifesto.

“He doesn’t seem like other politicians where it’s just full of fluff and nothing, and constant regurgitation of slogans; he seems to actually mean what he says.”

After losing a second successive national election in 2015 Labour took a sharp turn to the political left. They picked Corbyn, a rank outsider who just scraped enough nominations to make it into the contest, to lead the party in a new direction. 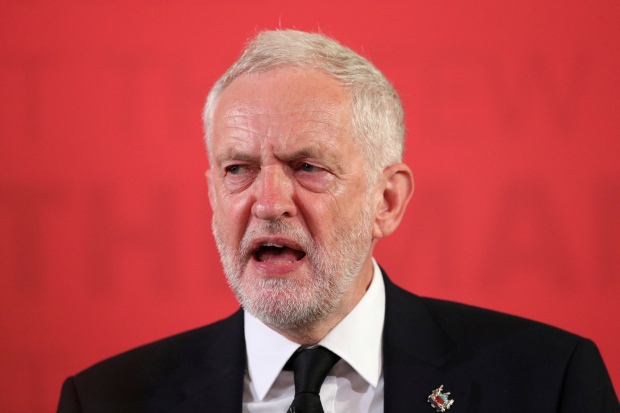 By attracting thousands of zealous young new supporters and re-engaging hard-left activists who had abandoned the party under Blair, Corbyn created a power base that helped him survive an attempted coup by party moderates last year.

His manifesto for renationalization, higher public spending and tax increases for the rich has gone down well with a wide pool of voters, while May has upset core supporters with a plan to make the elderly pay more toward their old age care.

“Support for Labour among younger voters has gone up, and gone up dramatically, but then the crucial question is whether these young people will come out to vote,” said John Curtice, a leading psephologist who is president of the British Polling Council.

Wednesday’s event was one of dozens of rallies across the country led by Corbyn, drawing thousands but operating largely beneath a media radar which has been more focused on the margin of victory his rival might achieve. 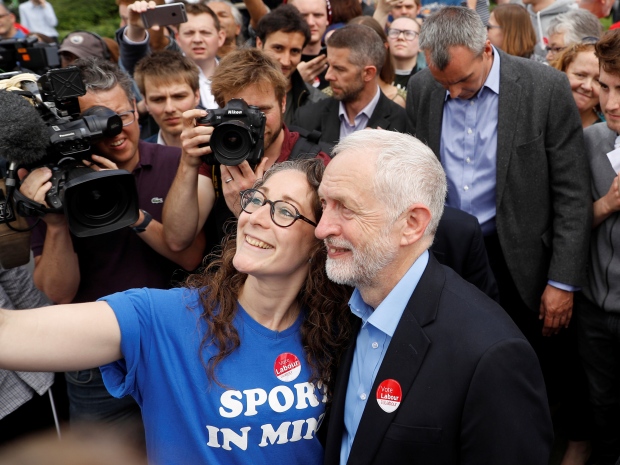 Jeremy Corbyn, leader of Britain’s opposition Labour Party, poses for a selfie at a campaign event in Reading on Wednesday. (Peter Nicholls/Reuters)

A campaign source said momentum behind Corbyn had been building ever since election broadcasting regulations, which ensure party leaders get airtime, came into force a month ago.

“We’re demonstrating the energy and the excitement behind the campaign and behind the manifesto,” the source said. “The size has been growing — we’ve been seeing remarkable things.”

The crowd in Reading, a staunchly Conservative town close to May’s own parliamentary seat, was a mix of local Labour activists, trade union volunteers and first-time voters.

“He’s highlighting a lot of issues that are so blatantly around in society — I’m a social worker and I see a lot of stuff all the time — and he is actually trying to make a difference,” said Eloise, a social worker who declined to give her surname.

“There are a lot of people who are suffering in this country, and this is meant to be a first-world country. It’s unbelievable, the divide,” she said from her vantage point, halfway up a tree. 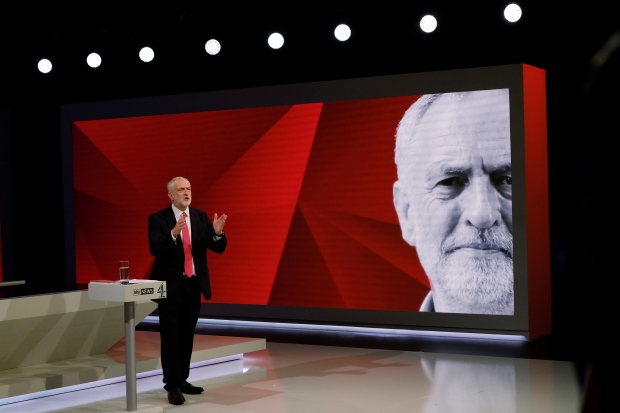