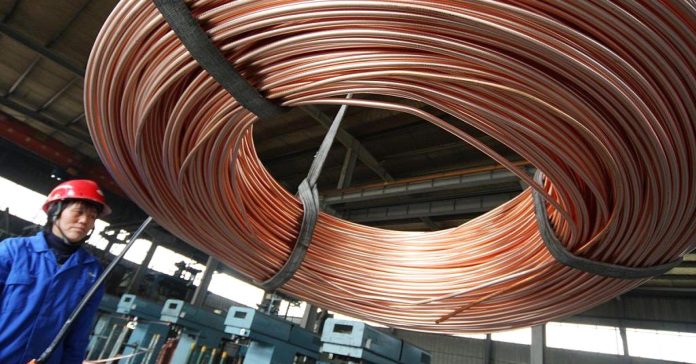 Copper prices leapt to three-and-a-half-year peaks on Wednesday after a jump in China’s imports of the metal in November boosted expectations of stronger demand from the top consumer.

Prices of the metal used widely in power and construction are up more than 10 percent in December and nearly 30 percent in the year to date.

“China’s trade data lit the fire under copper. Sentiment is very bullish,” one copper trader said, adding that if volumes tail away there could be some volatility.

SMELTER: Pan Pacific Copper, Japan’s biggest copper smelter, expects copper prices to rise by more than a quarter over the next two years as global demand grows and outpaces supply.

CAPACITY AND INVENTORIES: Bullish sentiment in the aluminium market was reinforced by news that China’s government has criticised officials in the industrialised province of Shandong for deceiving authorities to evade capacity cuts in the polluting coal, steel, aluminium and chemical sectors.

However, aluminium stocks in warehouses AL-STX-SGH monitored by the Shanghai Futures Exchange, at a record 741,324 tonnes, suggest surpluses in China, the world’s largest producer and consumer of the metal.