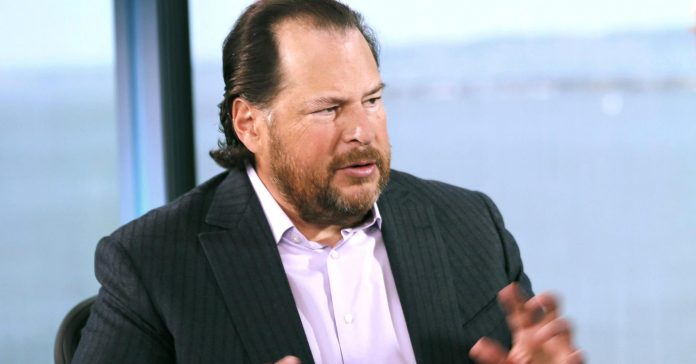 As technology becomes increasingly essential to daily life, Marc Benioff, the founder, chairman and CEO of cloud giant Salesforce.com, is calling on company leaders to put their value in trust.

“When I’m thinking about my leadership as a CEO, if trust is not my highest value, especially under the guise of all this amazing new technology and all the changes that it’s bringing my customers or my consumers, then how am I leading?” the CEO asked in an interview with CNBC’s Jim Cramer after earnings on Wednesday.

Some of the market’s top tech companies including Facebook and Twitter have come into focus recently as questions arise about the quasi-addictive nature of their platforms, particularly among younger users.

Election interference has provided cause for the government to get involved, but save for a number of congressional hearings, not much has been done in the way of enforcing regulation.

In the exclusive “Mad Money” interview, Benioff argued that the onus is on the companies themselves to determine whether their tech is more harmful than useful.

“CEOs and these companies have to take responsibility for the technology that they’re building and look at: Is it addictive? Is this technology helping their customers or hurting their customers? Are they being manipulated? This is something that every company and every CEO is going to have to do,” Benioff said.

“And for companies who aren’t leading with trust, I think that they’re going to pay a terrible price,” he added.

Without naming specific companies, Benioff said that plenty of major tech players have been forced to change their leadership because they put profits over morals.

“If we were back in San Francisco, we could roll down the street and you’ll see companies where CEOs are not there anymore, great companies, because they weren’t leading with trust,” he said.

In a January interview with CNBC at the World Economic Forum in Davos, Benioff suggested that social media companies should be regulated like cigarette companies.