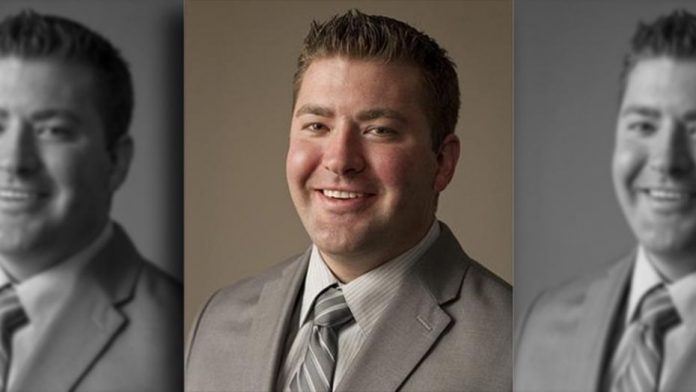 Colorado House Minority Leader Patrick Neville, a survivor of the Columbine massacre in 1999, is attempting — again — to introduce legislation to remove limitations on concealed carry in schools. (Patrick For Colorado)

Colorado House Minority Leader Patrick Neville, who was a Columbine High School sophomore at the time of the 1999 mass shooting, is pushing legislation that he says would protect students — by getting rid of gun restrictions in schools.

He has introduced the bill annually since he was elected in 2014, The Washington Times reported. Previous attempts have been turned down.

Neville, a Republican, told The Times the current law “creates a so-called gun free zone in every K-12 public school.”

Under Colorado law, concealed-carry permit holders may bring firearms onto school property, according to The Times, but must keep them locked inside their vehicles.

“Time and time again we point to the one common theme with mass shootings, they occur in gun-free zones,” Neville told The Times.

He added law-abiding citizens should be able “to defend themselves and most importantly our children from the worst-case scenarios.”

The massacre on Valentine’s Day of last week in Florida has renewed a nationwide debate about gun violence and how to prevent mass shootings.

Nikolas Cruz, 19, was suspected of opening fire at Marjory Stoneman Douglas High School, where he was a former student, killing 17 people and injuring more than a dozen others.

Neville has contended, according to The Times, that more of his classmates would have survived the attack if faculty had been armed. In April 1999, two teens killed 12 fellow students and a teacher before killing themselves inside Columbine High School, in Littleton, Colorado.

The congressman’s office did not immediately respond to Fox News’ request for comment.