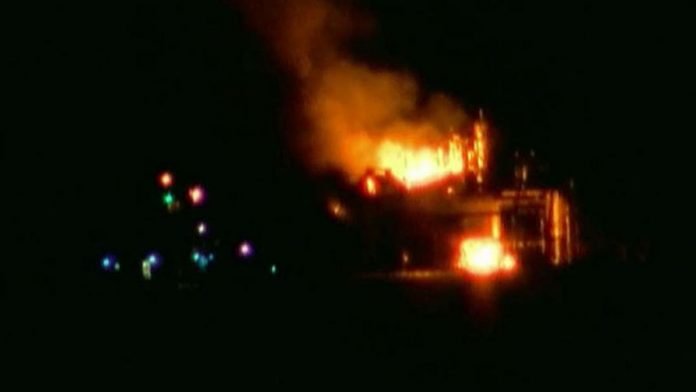 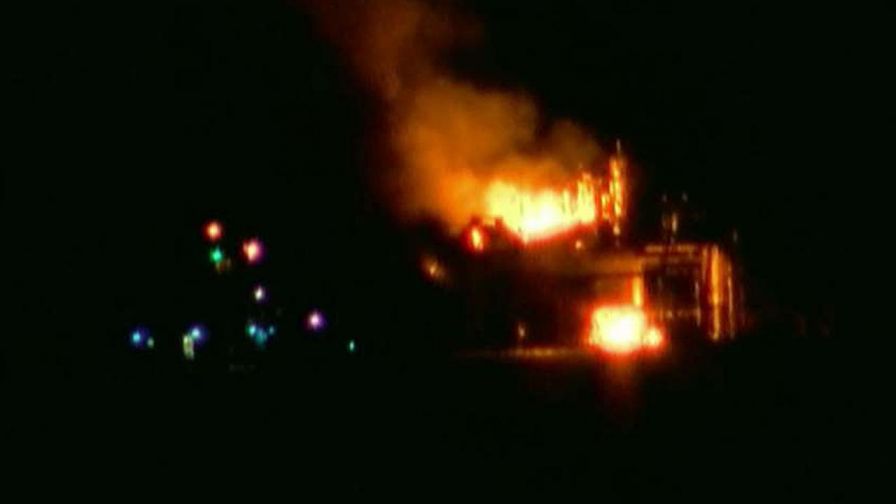 The U.S. Coast Guard suspended its hunt Monday night for a man who vanished after a fiery explosion Sunday on an oil platform on Lake Pontchartrain in Louisiana.

Rescue teams stopped the search for Timothy Morrison, 44, from Katy, Texas, after a day of looking through the damaged rig, which officials said was difficult due to unreachable areas covered by twisted metal, insufficient equipment and strong winds.

“The decision to suspend a search is never an easy one,” said Commander Zac Ford said. “We send our thoughts and prayers to the Morrison family and all those affected by this incident.”

The Clovelly Oil Co. platform exploded while maintenance was being done on the structure, sending a fireball high into the night sky, investigators and company officials said.

The Kenner government’s Facebook page said authorities on the scene reported that cleaning chemicals had ignited on the structure, but the company said the cause of the blast was unknown.

The Coast Guard said the a fire aboard the platform was out by midday Monday and that aerial surveys showed no signs of pollution in the water or onshore.

Seven people were hurt in the blast and fire, including three who were in critical condition, authorities said.

Five of the injured were hospitalized with “blast-type injuries and burns,” Mike Guillot, director of East Jefferson Emergency Medical Services said. Two of the three people in critical condition were in a burn unit, Guilot said.