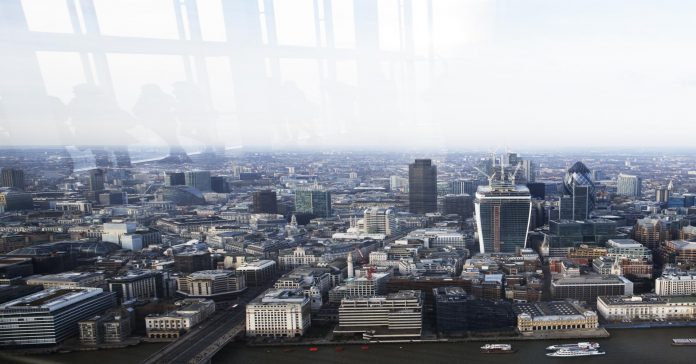 The British public has grown accustomed to dire warnings over the Square Mile’s fate in a post-Brexit environment, told that the City will become smaller, poorer and less relevant to a global world. HSBC’s Douglas Flint summarized the mood when he described U.K. financial services as a Jenga tower, potentially fatally undermined when a stray brick tumbles to Frankfurt or Paris.

This made the tone of leading financiers at the annual City Week conference Thursday all the more remarkable, indicative of a broader sentiment shift that has swept across London in recent weeks. The Chairman of Lloyds Banking Group turned Flint’s vivid metaphor on its head, telling the conference that: “rather than a Jenga tower, I think of a Tower of London, with deep foundations.” Norman Blackwell went on to highlight the capital’s legal expertise, talent pipeline and infrastructure as features that would safeguard its role as Europe’s pre-eminent financial hub.

Aberdeen’s CEO Martin Gilbert struck a similar note on the panel, choosing to emphasize the fact large asset managers were arguably the sector best prepared for an EU divorce, with his firm already selling funds into Europe from a Luxembourg base. He went on to tell CNBC that while moving functions such as euro-clearing from the U.K. would mean job losses, “this is not a hugely significant point….. it may be a handful of jobs rather than anything more.” Catherine McGuinness, Chairman of the City of London Corporation, was equally bullish on jobs, stating that “we are not detecting any great flood of people away from London.”