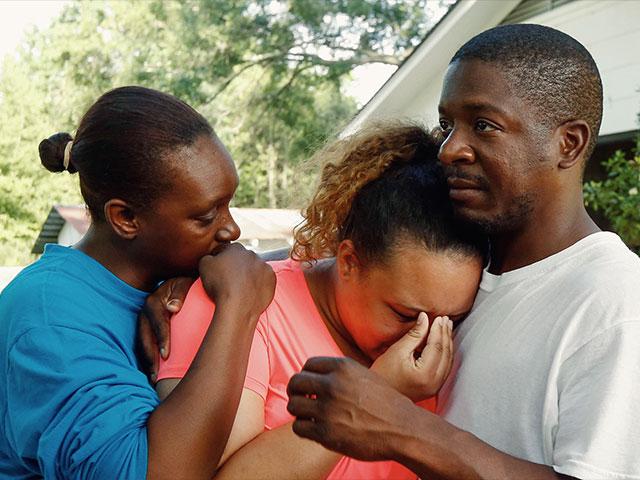 Friends and family are remembering the victims of a mass murder in Mississippi over the weekend.

Jordan Blackwell, 18, died a hero after shielding his young cousin from bullets when 35-year-old Willie Godbolt stormed into their home Saturday night.

“He loved me enough to take some bullets for me,” said 15 year-old Caleb Edwards.

According to KHOU, Blackwell was going to be a high school senior in the fall. A talented linebacker, he had started receiving interest from several colleges.

Just three days before he was killed, he tweeted, “Blessed and Honored to Receive An Offer From Jackson State University.”

Blessed And Honored To Receive An Offer From Jackson State University #GoTigers#longlivequan pic.twitter.com/PwxtPCcWhJ

Friends said he always thought of others.

“Jordan Blackwell was the sweetest young man there was.  He will do that for anybody that he loved,” Aaliyah Aliza Butlers said on Facebook.

Deputy William Durr, who was responding to the domestic violence incident when he was killed, is being remembered as a loving husband and father and as a man devoted to his faith.

“He loved to lead children to the good Lord,” said Zach Harveston of The Lincoln County Sheriff’s Department.

“He was just a natural-born servant of the good Lord here at the department and even in the church he served in.”

His wife Debbie said of her husband, “He was a good Christian man.”

“He was a youth minister and a pastor before going into law enforcement.”

Two weeks ago shared a gospel message with students at a Christian school.

The violent murders of Blackwell and Durr, along with 6 others in three locations, have shaken the communities in south-central Missisisppi.

Blackwell, Caleb, and several others, were in a home in Bogue Chitto Saturday night when Godbolt burst in and opened fire.

Caleb said Godbolt demanded to know where his cousin’s parents where. Blackwell responded that they were gone to another town.

As people scrambled to hide from the gunfire, Blackwell reportedly used his own body to shield his little cousin from the barrage of bullets.

“I played dead,” Caleb told CBS affiliate WJTV. “Couldn’t do nothing else I tried my best not to say nothing. I tried not to get up or fight back. I wanted to because that’s my little brother over there getting shot. How do I not help my little brother and my cousin? He always had my back.”

Another crime scene was found in Brookhaven, where the bodies of two boys were found. There also was a third crime scene, where a man and a woman were found dead.

Officials said that seven of the shooting victims were all relatives or acquaintances of Godbolt. The shooting allegedly stemmed from a domestic issue he had with the family.

He was arrested seven hours after the rampage. Police plan to charge him with one count of capital murder and seven counts of first-degree murder.