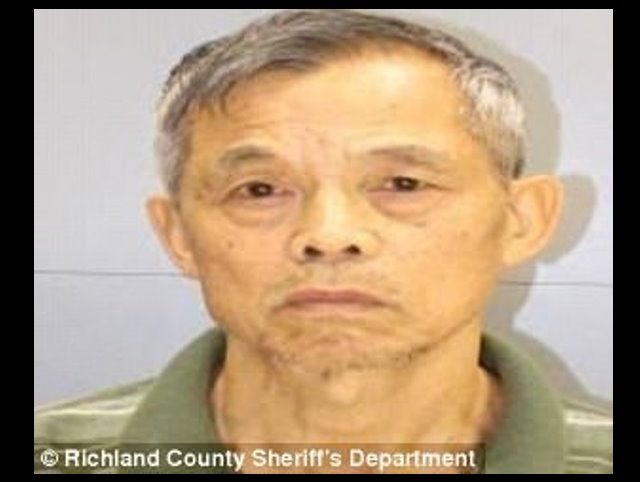 A foreign national fears deportation after security footage purports to show him assaulting a waitress at the restaurant he cooks for in Columbia, South Carolina.

Jiguang Yang, a 68-year-old Chinese citizen, can be seen on surveillance footage allegedly yanking the ponytail of Cristina Surina, pulling her to the ground, after she merely questioned the food that he had made, according to the Daily Mail.

“The food was burnt, it was a kid’s meal,” Surina said in an interview with local media.

“I didn’t feel like I should take out a child burnt chicken nuggets and fried shrimp. I asked the owner. He was in the kitchen at that time to remake it,” Surina continued.

“I turned around to start pouring ketchup for the kids’ meal and when I was pouring ketchup, his dad came behind me and snatched my head down and I don’t know what happened after that,” Surina said.

Yang, while out on bond, fears being deported.

“We are very worried about deportation with the political climate,” Yang’s attorney Victor Li said.

Surina says she is now unemployed after she came forward about the incident to police, saying she had held the job for quite some time, trying to support her children.