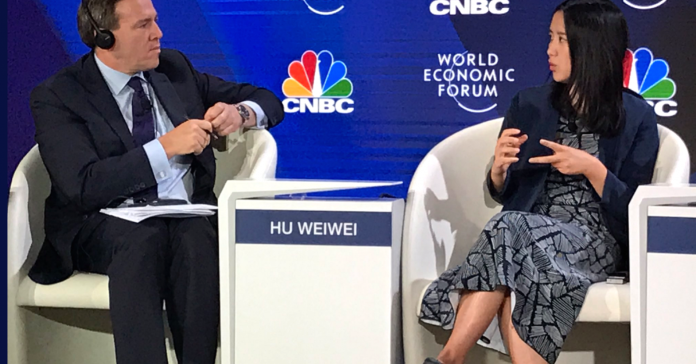 The bike-sharing space in the Chinese mainland is heating up, with investor interest boosting the valuation of two of the fiercest competitors Mobike and Ofo, which are valued at or more than $1 billion each, and are backed by big-name investors.

Reuters said Mobike recently raised $600 million in a financing round led by Tencent.

The frenetic pace of activity in the bike-sharing market has drawn comparisons to China’s feverish car-sharing market, where fierce competition forced companies to either band together to form a newer, stronger entity to survive, like Didi Chuxing, or exit the market as was the case with Uber.

But Hu said that while comparisons to the ride-hailing market was natural, there was a key difference between the type of competition in each market.

She explained: “There is a major difference between the two kinds of competition because the platform for the car hailing business is connecting people who are driving, and people who need the car services.”

For the likes of Mobike, Ofo and others, their services are connecting vehicles — the bikes — to users, she said, adding that meant the roadmap followed by each company could be different.

The concept for bike-sharing in China is simple enough: People use an app to unlock a nearby bike and ride to their final destination for a small fee in order to beat the traffic on clogged roads in many Chinese cities.

But the challenge is in making sure the bikes are well-maintained, and durable enough to be parked in open spaces and used as and when a user needs it. They also need to be safe-guarded against theft, Hu said.

“This business tests the intensity of your assets and also your operational efficiency,” she said.

Both Mobike and Ofo have expanded their presence outside China. Ofo’s CEO Dai Wei told CNBC in an April interview that the company is present in more than 50 Chinese cities as well as in London and Singapore, with plans to be in 20 countries by end of 2017.

Hu said Mobike is currently available in 130 cities in the world, including locations in Japan and the UK — she added the company was also looking into expanding operations in the U.S. by partnering with local companies.

She added that Mobike’s presence can provide several benefits to cities, including new job opportunities and manufacturing business, in terms of producing the bikes for sharing.