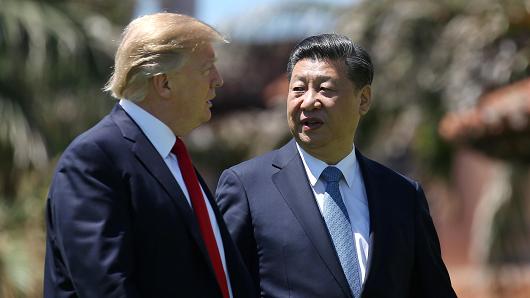 President Donald Trump and China’s President Xi Jinping chat as they walk along the front patio of the Mar-a-Lago estate after a bilateral meeting in Palm Beach, Florida, U.S., April 7, 2017.

Speaking by telephone, Xi told Trump that he hopes all sides can show goodwill and avoid doing anything that may affect or interfere with the improving situation on the Korean peninsula, the report added