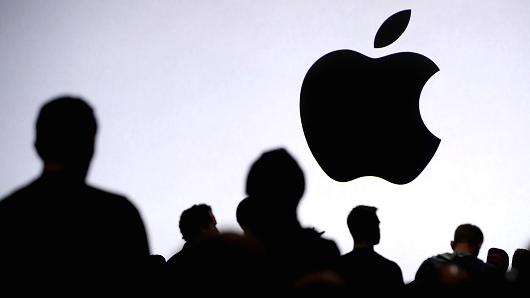 Attendees wait for the start of the 2017 Apple Worldwide Developer Conference (WWDC) at the San Jose Convention Center on June 5, 2017 in San Jose, California.

The lawyers accused Apple of removing apps from its App Store without fair or legal reasons. They also alleged that Apple levies a 30 percent cut on certain apps.

For context, Apple has more than 1.8 million people working in the App Store ecosystem in China.

To be clear, the Chinese regulators are not formally investigating Apple over any breach of antitrust laws. Instead, the SAIC is only reviewing the complaint. Following their review, the regulators may choose to start an investigation.

In response to CNBC’s request for comment, Apple pointed to a previous statement in which the company said, “The App Store team works to review more than 100,000 apps every week from around the world, and are proud that most submissions in China are reviewed and approved to be on the store within 48 hours, or less.”

It added that its App Store has published guidelines that apply equally to all developers in every country in which Apple operates and that it complies with local laws and regulations.

“If an app is rejected or removed for violating App Store guidelines there is an escalation process for all developers to ask for another review of their situation and assistance getting their app quickly back on the store,” the statement said.

Apple has recently stepped up business efforts in China. Earlier this year, the company announced the appointment of Isabel Ge Mahe in a new role of vice president and managing director of Greater China to provide leadership and coordination across Apple’s China-based team.