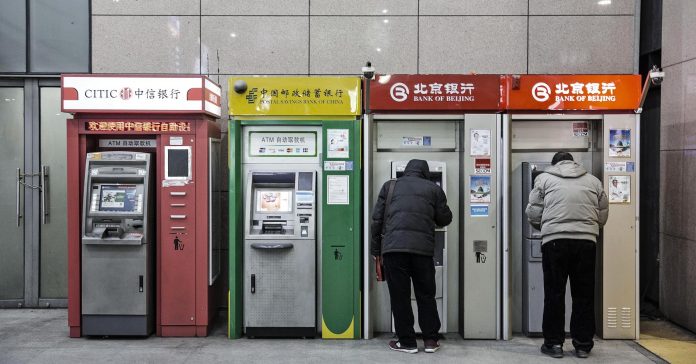 Individuals who exceed the annual quota will be suspended from overseas transactions for the remainder of the year and an additional year, the State Administration of Foreign Exchange (SAFE) said in a notice posted on its website.

Under the new rules SAFE will submit a daily list of individuals banned from making overseas bank card withdrawals, and banks must suspend the users by no later than 5 p.m. the same day, the notice said.

Domestic card users will also be barred from withdrawing more than 10,000 yuan a day overseas, it said.

The new rules come into effect on Jan. 1, and reporting adjustments must be adopted by banks by April 1, 2018, it said.

China has strengthened regulatory oversight of overseas card transactions in the past year, targeting illegal cross-border transfers and money laundering.

China’s foreign exchange reserves rose for the 10th straight month in November due to tighter regulation and a stronger yuan, which continue to discourage capital outflows.