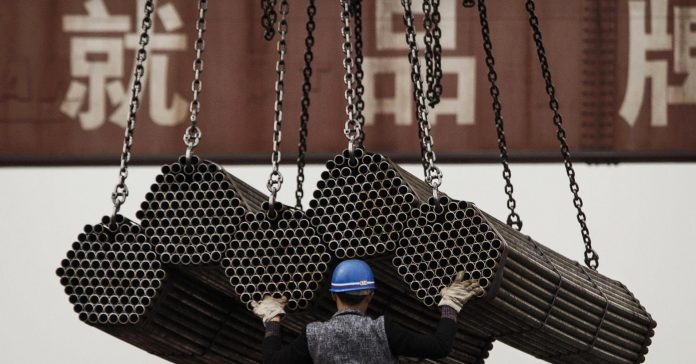 China’s commerce ministry said on Friday that it “resolutely opposed” a move by U.S. President Donald Trump to impose tariffs on steel and aluminum imports and called for the United States to withdraw the measures as quickly as possible.

On Thursday Trump pressed ahead with import tariffs of 25 percent on steel and 10 percent for aluminum but exempted Canada and Mexico and offered the possibility of excluding other allies, backtracking from an earlier “no-exceptions” stance.

China’s Ministry of Commerce said China would assess any damage caused by the U.S. move and “firmly defend its legitimate rights and interests”. It added that the tariffs would “seriously impact the normal order of international trade”.

China’s steel association also said it “strongly opposed” the U.S. tariffs on steel imports and called for the Chinese government to take measures in response against U.S. imports into the world’s number two economy.

The China Iron and Steel Association made the comments on its official microblog after U.S. President Donald Trump pressed ahead with the imposition of 25 percent tariffs on steel imports and 10 percent for aluminum on Thursday.

Trade tensions between the world’s two largest economies have risen since Trump took office. China accounts for only a small fraction of U.S. steel imports, but its massive industrial expansion has helped create a global glut of steel that has driven down prices.