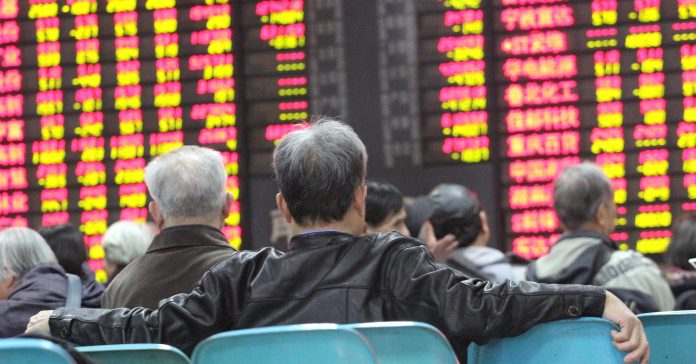 For a market dependent on synchronized global growth, investors may be betting too much that China will not rock the boat next year.

Part of the S&P 500’s rally to record highs this year comes on the back of better economic growth around the world. A major contributor to that growth was stability in China as leaders prepared for a key 19th Communist Party Congress this fall. Now that the congress is over and Beijing looks set to take action on its growing debt problems, worries about a sharper-than-expected slowdown in the world’s second-largest economy could hurt U.S. stocks.

CNBC looked through the 2018 outlooks published in the last several weeks from several of the top market analysts and found that many include a potential China slowdown in their assessment of risks.

“With the 19th Party Congress now behind us, the risk is that the peak growth in China is also behind us,” David Woo, head of global rates, FX and EM FI strategy & econ research at Bank of America, said in an outlook report. “Curiously, the market has been ignoring the string of negative Chinese data surprises in recent weeks. It is possible that the market views them as temporary.”

“We are concerned that China could be vulnerable to US tax reform getting done,” Woo said, noting that a resulting increase in U.S. rates and the U.S. dollar would likely cause capital flight from China to accelerate and weaken the Chinese yuan. If that happens, China’s central bank would be likely “to tighten liquidity, which in turn would raise further concerns about the growth outlook,” he said.

Fears of negative spillover from a rapid slowdown in China’s economy hit global markets in August 2015 after a surprise yuan devaluation. Further weakness in the currency in the first few weeks of 2016 contributed to the worst start to a year on record for both the Dow and S&P 500.

Since then, Chinese authorities have proven they are still able to control their economy. But stability has come at the cost of ever-increasing debt levels. The International Monetary Fund warned in October that China’s banking sector assets have risen steadily to 310 percent of GDP from 240 percent of GDP at the end of 2012.

“If clusters of credit defaults start to form, concerns about contagion into the wider economy could take hold if fears of default in wealth management products arise,” UBS Wealth Management’s chief investment office said in its 2018 outlook. “Should this happen, the Chinese government, in our view, would likely have sufficient resources to prevent widespread contagion.”

“But global financial market volatility could increase until the situation is contained.”

Already in the last few months investors have been warily eyeing a jump in China’s 10-year sovereign bond yield as an indication of slowing growth.

Chinese officials are focused on reducing the country’s reliance on debt. Last week, Beijing concluded its Central Economic Work Conference that lays out plans for 2018. The government subsequently said in a statement that “Prudent monetary policy should be kept neutral, the floodgates of monetary supply should be controlled, and credit and social financing should see reasonable growth,” according to an English-language report in China’s state-run Xinhua news website.

“Authorities seem to have gotten more comfortable with slightly slower growth, and the central bank is tightening monetary policy,” David Folkerts-Landau, group chief economist at Deutsche Bank Research, said in its “House View” published Dec. 11. “We expect some policy easing in mid-2018 to support growth. But this option may be off the table if inflation is high. Growth would then slow and could weigh on global growth.”

That’s not part of Deutsche’s base case, Folkerts-Landau said. But his worries echo the China risks other analysts have raised for markets.

“Our outlook [on international stocks] would also be threatened if China were to materially decrease its economic stimulus,” Wells Fargo Investment Institute strategists said in the firm’s 2018 outlook, which favors international equities over U.S. stocks.

Others remain optimistic on China. However, much of the focus is on a “new China” driven by technological innovation, a trade that has already performed well this year.

In fact, shares of Chinese tech giants Alibaba, Tencent and Baidu have soared so much this year they’ve earned the nickname “BAT.” One of the top 10 performing exchange-traded funds this year is KraneShares CSI China Internet ETF (KWEB), up about 70 percent for the year, according to ETF.com.

But the pace of China’s growth, even if it slows, will still outpace that of the U.S. China’s economy is still set to grow at a rate of more than 6 percent next year, versus estimates of roughly 3 percent in the U.S.

“In our view, China is transitioning to a slower and more sustainable economic model and a potential phenomenal investing backdrop,” Krishna Memani, chief investment officer at OppenheimerFunds, said in the firm’s outlook. “If anything, we are even more optimistic now about China in 2018 and beyond.”