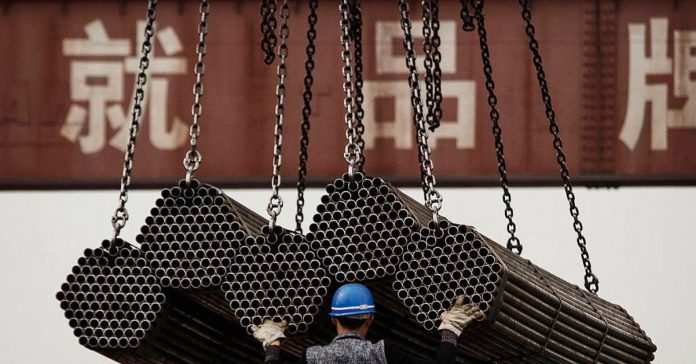 The official manufacturing Purchasing Managers’ Index rose to 51.7 in June, accelerating from May’s 51.2 and beating a Reuters poll forecast for 51.0.

Levels above 50 indicate expansion, while levels below signal contraction.

In the services sector, the official services PMI for June rose to 54.9 from May’s 54.5.

While the manufacturing PMI data tends to be more closely watched, China’s pivot toward domestic consumption and away from investment-led growth means the services sector, which includes consumer industries such as real estate, retail and leisure, has become the majority of the mainland economy.

It is also a key barometer of consumption, accounting for more than 50 percent of gross domestic product (GDP).

In the first quarter, China’s GDP grew 6.9 percent on-year, slightly faster than the 6.8 percent forecast in a Reuters poll and the fastest pace since the third quarter of 2015.

The government is targeting growth of around 6.5 percent for this year, compared with last year’s target of 6.5-7 percent, Reuters reported, noting that 2016’s growth was at 6.7 percent, the weakest for 26 years.

Last month, Moody’s Investors Service expressed concern that China’s effort to support economic growth would spur higher debt levels, and the ratings service downgraded the mainland’s sovereign credit rating to A1 from Aa3, changing its outlook to stable from negative.