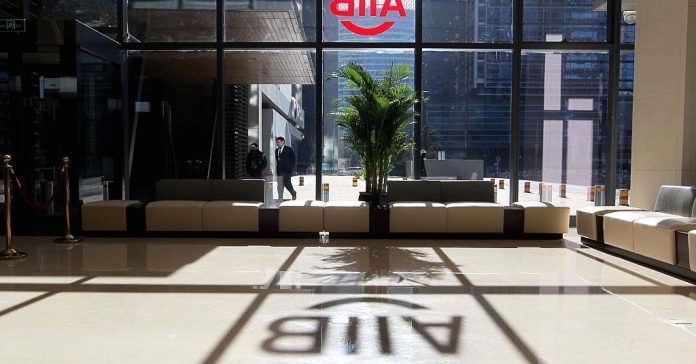 Issued in U.S. dollars, the inaugural bond listing will “more likely be in Europe,” AIIB Vice President Thierry de Longuemar told Reuters on Wednesday. “It will done under English law.”

The AIIB, which has 80 member countries, was set up by China as its answer to the World Bank to help meet the estimated $26 trillion need for infrastructure spending in Asia through 2030.

The development bank is expecting to issue its first international bond sometime in 2018 and aims to make it a benchmark for the market.

The size of the offering has yet to be specified.

“It will not be early 2018,” said de Longuemar. “The only thing I can say is that for regulatory reasons we need to have the 2017 financial statements audited and agreed by our board before being able to issue.”

But he cautioned that the issuance would be dependent on “market conditions permitting.”

The AIIB obtained the highest credit ratings earlier in 2017 from agencies Moody’s, S&P Global, and Fitch. It also received a 0 percent risk weighting by the Basel Committee in October.

While the AIIB has an initial total capital of $100 billion, it sees a global bond as important “to brand ourselves within international capital markets and become known in investor communities,” said de Longuemar.

“I’m talking here about a global US denominated bond, but we may also issue other bonds of lower amounts targeted to other markets in the future,” he added.