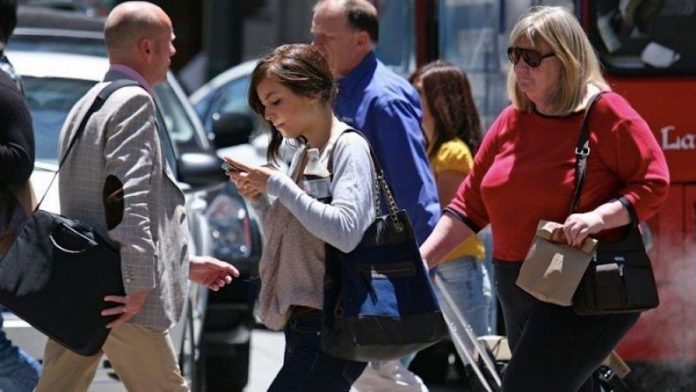 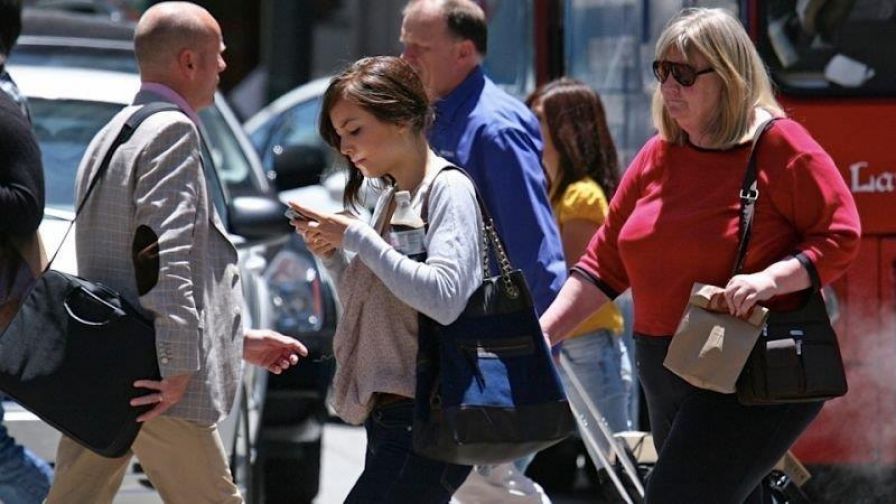 Cell phone users in Chicago might want to wait until they’ve crossed the street before hitting send.

A new city proposal calls for fining pedestrians for using a mobile device while crossing intersections, as part of a growing crackdown on “distracted walking.”

Violators would face a $90 fine for their first offense and $500 for repeat offenses. An exemption would be made for first responders as well as pedestrians making 911 calls.

“No person shall cross a street or highway while using a mobile electronic device in a manner that averts their visual attention to that device or that device’s activity,” the ordinance reads.

According to data from the mayor’s Pedestrian Advisory Committee, 27 pedestrians reportedly were killed in the city during the first half of 2017, up one from the same time in 2016.

“The goal of the introduction of this measure is to reduce pedestrian deaths and injuries, especially at crosswalks,” Burke said in a press release.

Critics of the ordinance say it is not the city’s job to regulate pedestrian behaviors.

“This is a serious issue, but we can’t micromanage every part of everyone’s life. At some point, common sense needs to kick it in: it’s not a good idea to walk through traffic looking at your cellphone, just like it’s not a good idea to play soccer in the middle of the expressway,” Alderman Brendan Reilly said on Chicago radio WGN-AM 720’s “The Roe Conn Show,” according to the Chicago Tribune. “… I don’t think you need a $500 fine to dissuade it.”

Meanwhile, Chicago Mayor Rahm Emanuel said he wants to look at the ordinance before making any decisions.

“Everybody does it, and then everybody’s irritated when somebody else does it,” Emanuel said of distracted walking, according to the Tribune. “So my total view is I want to look at it.”

If the ordinance were to pass, Chicago would join Honolulu and San Mateo County, Calif., in enacting legislation to combat “distracted walking”.

Honolulu’s law, which went into effect in late October, fines pedestrians between $15 and $99 for looking at their cell phones in a crosswalk.

California is expected to consider a statewide ban in 2018, while New York is increasing efforts to educate the public about the dangers of “distracted walking.”